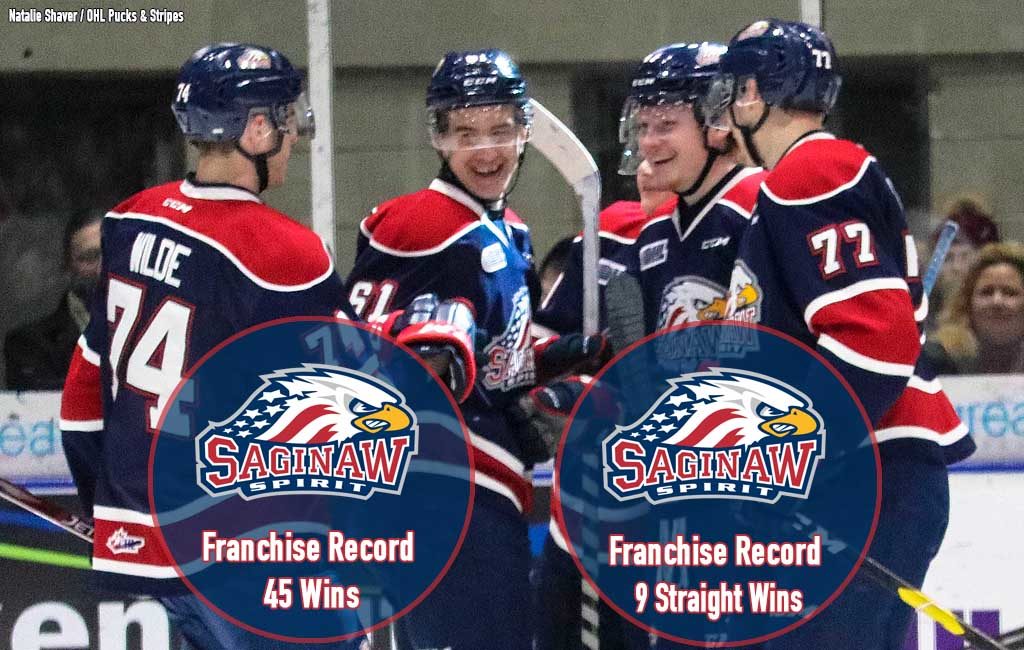 The Saginaw Spirit are having the most successful season in their 17-year history.

Owen Tippett led the way with a goal and three assists while rookie sensation Cole Perfetti netted his 36th goal of the season as the Spirit defeated the Sarnia Sting 6-2 to earn a franchise record ninth straight win. Their 45th victory surpasses their prior mark of 44 set during the 2006-07 season.

Tonight, we made history. But we aren’t done yet. #SoarWithUs pic.twitter.com/FwXdn1plQR

Saginaw’s run of success has been backed by the excellent goaltending of Arizona Coyotes prospect Ivan Prosvetov who has gone 8-0 with a 2.05 goals-against average and .937 save percentage over the nine-game span. The record nine-game winning streak surpasses the prior mark of eight set during the 2005-06 season.

First-year head coach Chris Lazary has guided the Spirit to a record of 34-6-1-2 since he took the reins back on November 18th.

The 45-15-2-3 Spirit are within one point of the club’s first West Division title since 2011 entering a final weekend of the season in which they face the second place Sault Ste. Marie Greyhounds in two of their three matchups.