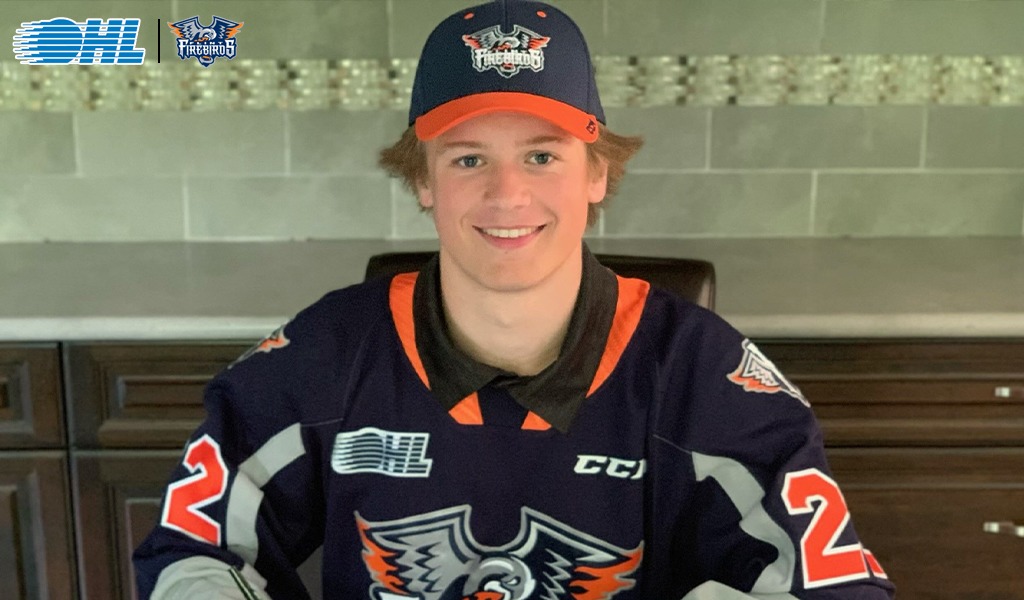 “Reed brings in a great mix of physicality and skill with a high hockey IQ on the blue line that we feel will be a great addition to the team,” GM and Head Coach Ted Dent said. “We are excited to be welcoming him and his family into the organization.”

Gee was the Firebirds’ third-round pick (#46 overall) in the 2022 OHL Priority Selection. The 6-foot-0, 180-pound left-handed defenseman scored 9 G and 14 A in 26 GP for the Quinte Red Devils. He ranked sixth in both goals and points among defensemen in the ETAHL U16 this past season.

“I’m super excited and honored to be a part of the organization,” Gee said. “Everyone in Flint has been super welcoming. I had the opportunity to come to two playoff games and the fans were absolutely amazing. I can’t wait to have to chance to play in front of them.”

The Kingston, Ont. native played for his hometown team at the U15 level with the Greater Kingston Frontenacs. He will wear number 6 for Flint. The Firebirds have now received commitments from their first three draft picks for the second year in a row as Gee joins Kaden Pitre and Nathan Aspinall.

Scouting Report from Head Scout Mike Oliverio: “Gee is one of the few players that combine well above average physicality, with well above average skill and mobility. He brings a little ‘old school’ style of play to today’s skill game and a very high hockey IQ that allows him to be involved at all times, whether physically or offensively with his skill set and hard shot. Will be a definite threat at both ends of the ice.”