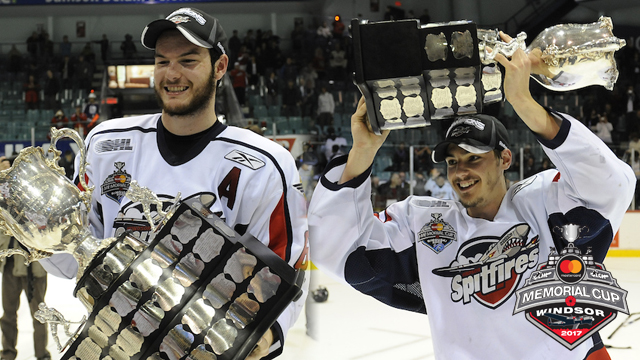 Though it’s coming up on seven years ago, it seems like yesterday.

The Windsor Spitfires won their second of two straight Mastercard Memorial Cup titles in Brandon, Manitoba, handing the host Wheat Kings a 9-1 beating in the Championship Final to become the eighth team in CHL history to earn successive crowns.

“It’s funny even having this interview to think that it was seven years ago,” said Greg Nemisz over the phone this past week. “It was one of the best times of my life and a really special thing to be a part of.”

The two share similar stories, both achieving great things in very successful OHL careers while also getting a taste of the professional ranks before each suffering  career-ending injuries.

Now Nemisz and Wellwood are behind the bench, but are forever bonded by the success they enjoyed together in Windsor.

“I think one thing that really sticks today is just how close we were as a team,” Nemisz reflected. “I mean even today guys like myself, Welly, Mark Cundari, Adam Henrique, Harry Young and a bunch of others are still in touch regularly.

“We really were playing for the guy sitting next to us.”

The Spits overcame the odds in Rimouski to win their first championship in 2009, becoming the first team to ever lose their first two Mastercard Memorial Cup games and go on to win each of the next four to be crowned champions.

The charge back from the 0-2 brink included an Adam Henrique semi-final overtime winner against the Drummondville Voltigeurs before the Spits downed Jamie Benn and the Kelowna Rockets 4-1 in the Championship Final.

“I don’t think we realized how good we were the first time around,” said Wellwood of the franchise record 115 point season. “I mean we believed we could win, but I don’t think we saw ourselves as a dominant team.”

Wellwood had his part in Windsor’s 2009 triumph, potting two overtime winners in a five game Western Conference Final series against the London Knights that saw every game require OT.

“I’ll never forget those goals,” Wellwood added. “That London series was pretty wild. Those goals, along with Taylor Hall’s overtime winner against Brampton to win us the championship are really vivid memories of that first championship.”

The Spitfires met adversity in the OHL Playoffs a year later, falling behind 3-0 against the Kitchener Rangers in the Western Conference Final despite outshooting the Blueshirts 160-105 over those three contests.

“That was a close call,” noted Nemisz. “It’s funny though, we were down 3-0 but we were actually carrying the play. We just weren’t getting the bounces. Finally thing started clicking and once we won that first game, we didn’t lose again.”

Nemisz and the Spitfires would roar back to eliminate Kitchener in seven games, sweep Barrie in the OHL Championship Series and go 4-0 at the 2010 Mastercard Memorial Cup, outscoring opponents 28-9 in the process.

“I’m not saying it was easy, but we were definitely on a roll,” said Wellwood of the 2010 experience. “We had a lot of swagger, played the game with confidence and we achieved our goal.

“The thing with that group was, everybody was ultra-competitive. We all wanted to be the best and it didn’t matter if it was in ping pong, mini golf, bowling, video games – whatever.

“A guy that typically led the group on and off the ice like Ryan Ellis pushed the rest of the group to be the best we possibly could be, because we all wanted to do things on his level and be as good as he was.”

With the 99th Mastercard Memorial Cup set to get underway in Windsor this week, former Spits are eager to reunite, share championship memories and catch up on life.

“I know a bunch of us are really looking forward to playing in the alumni game,” said Nemisz. “I know I’m not as quick as I used to be, but we’re going to have fun with it.

“It’s an exciting time for Windsor and I’m looking forward to going down for a visit.” 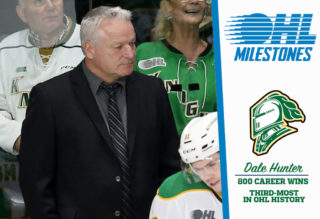 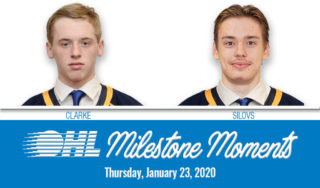