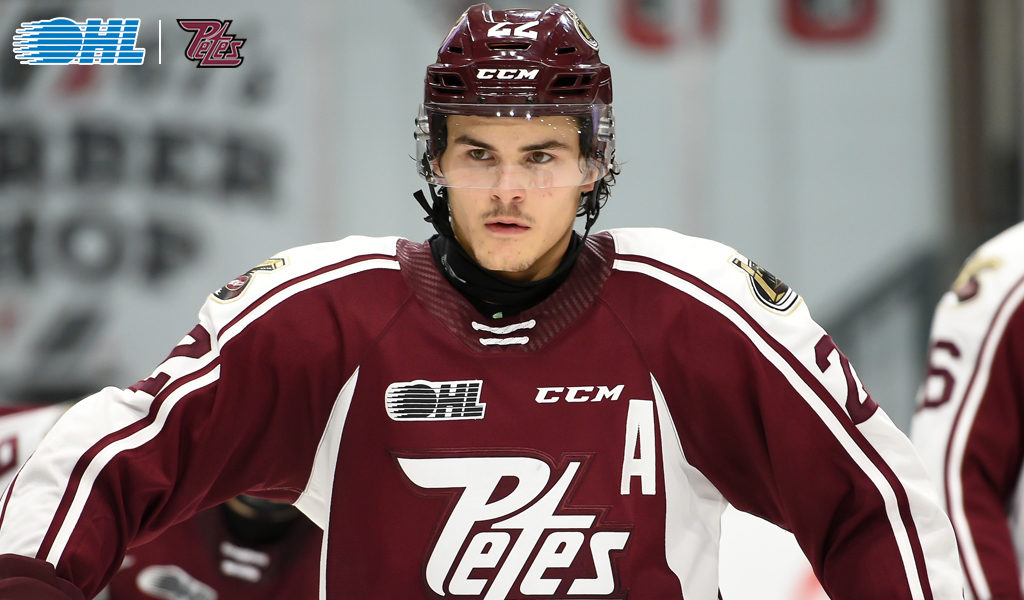 When you go out and acquire a pair of World Juniors gold medallists in Owen Beck (MTL) and Brennan Othmann (NYR), the pressure gauge gets turned up significantly.

And for the Peterborough Petes, they welcome that.

“There’s always going to be pressure when you have a really good team,” said Seattle Kraken prospect Tucker Robertson. “But I think you want that pressure. I want to be on a team that has a really good chance to win this year and I know that we have that.”

“It’s awesome for us,” Robertson said of the additions. “[Michael Oke having] faith in us to go win a championship is really cool to see. All around the city there’s been lots of buzz this year. We’ve been getting great crowds. The team is super excited and happy that our GM went out and made some moves.”

But it’s now on the players to take advantage of the ammo they have been given, and recently, they have been. The Petes are 23-15-3 but have won 10 of their last 12 to move into second in the OHL’s East Division and fourth in the Eastern Conference.

A hat trick's a hat trick, and this one had some real variety 🎩🎩🎩@SeattleKraken prospect Tucker Robertson was finding all kinds of ways to score for @PetesOHLhockey on Friday 🎥 pic.twitter.com/QXBWjJxcmq

Othmann has played at a slightly better than point-per-game pace over 14 contests while Hayes has two goals and six points in five games. Beck scored his first goal for the Petes Jan. 14 while Robertson, Lockhart and Avon have contributed more than a point-per-game.

“It will take a bit of time though,” Robertson cautioned of team chemistry. “Everyone has to learn each other’s game and how to read off of one another. It takes a little bit to get the team fully gelling but I think we’re doing really well so far and we’re really excited for the second half of the season.”

Robertson has certainly done his part thus far. His 24 goals and 52 points lead the Petes while he sits ninth in OHL scoring. The message from the Kraken before the season was to produce. Through 41 games, so far, so good.

“They told me to come back and do my best to be one of the best players in the league and be consistent every night,” Robertson said. “I’m pretty happy about this season. It’s been a solid start for me and the team [but] I’ve definitely got a lot more to give in the second half.”

Robertson and the Petes are in action as they face the Storm in tonight’s CHL on TSN broadcast. Puck drop is 7:30pm ET and can be seen LIVE on TSN 3.