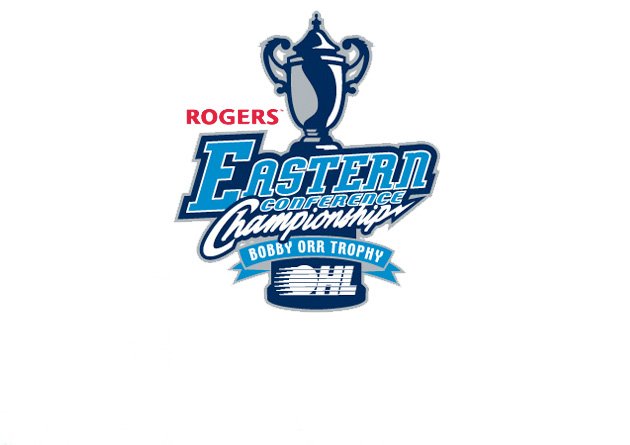 Toronto, ON – The Ontario Hockey League today announced the schedule for the 2013 Rogers Eastern Conference Championship Series featuring the Belleville Bulls and the Barrie Colts.

The top two ranked teams in the Eastern Conference will faceoff for the Bobby Orr Trophy beginning Friday April 19 at 7:05 pm in Belleville.  The Bulls finished the 2012-13 regular season as East Division winners with 96 points and a 44-16-5-3 record, just four points ahead of the Colts who captured the Central Division title with a 44-20-2-2 record.

The Colts advanced first to the Rogers Eastern Conference Championship Series following a 4-0 series win over the Oshawa Generals on Tuesday night, with the Bulls defeating the Sudbury Wolves by a 5-0 score in Game 4 of their Eastern Conference Semi-Final series on Thursday night.

Both Western Conference Semi-Finals are still in progress with the London Knights leading the Kitchener Rangers 3-1, while the Plymouth Whalers and the Owen Sound Attack are tied 2-2 in their best-of-seven matchup.  Game 5 in each series is scheduled for Friday night.