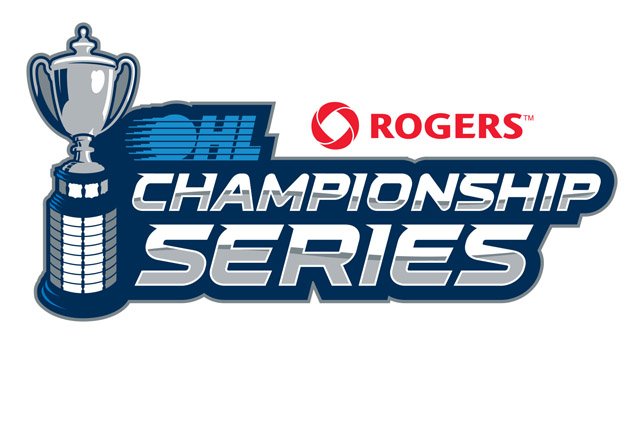 Toronto, ON – The Ontario Hockey League today announced the schedule for the 2014 Rogers OHL Championship Series for the Robertson Cup between the Guelph Storm and the North Bay Battalion beginning next Thursday night May 1, 2014, in Guelph.

The Storm captured the Wayne Gretzky Trophy as Western Conference Champions for the first time since 2004 on Friday night following a five-game series win over the Erie Otters.  The Battalion captured the Bobby Orr Trophy as Eastern Conference Champions for the first since 2009 following a four-game series win over the Oshawa Generals on Wednesday night.

The Storm have won two Robertson Cups in franchise history including 2004 in a 4-0 series win over the Mississauga IceDogs, and 1998 with a 4-1 series win over the Ottawa 67’s.  The Battalion are aiming for their first OHL title however the city of North Bay celebrated a Robertson Cup in 1994 when the Centennials defeated the Detroit Jr. Red Wings 4-3.