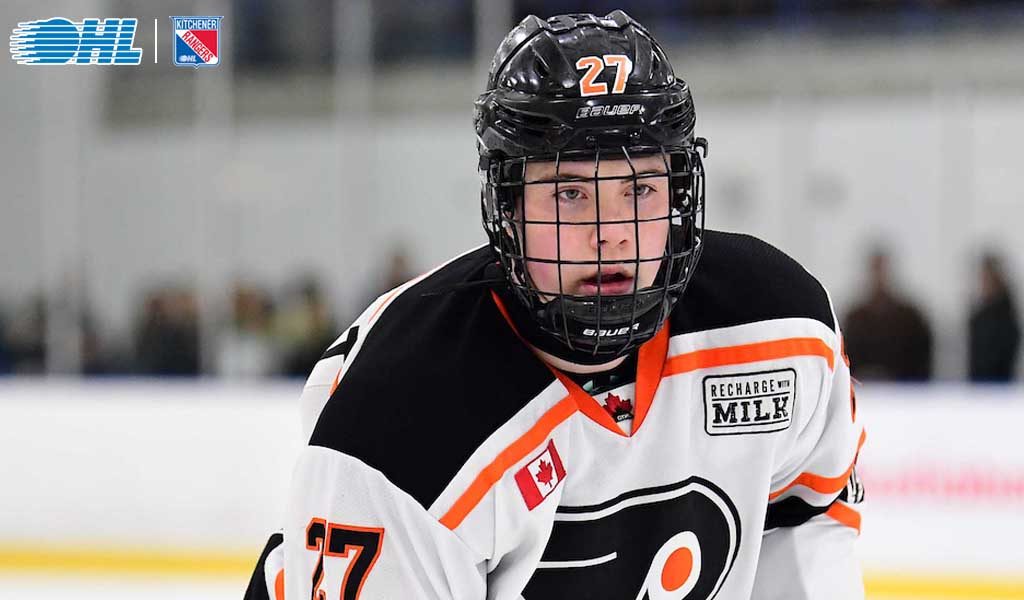 The Kitchener Rangers are excited to announce that we have signed defenceman Roman Schmidt, our second-round selection (36th overall) in the 2019 OHL Priority Selection Draft.

“We are very excited to welcome Roman and his family to the Rangers organization, when we drafted Roman we had hoped he would become a Ranger and it is very exciting that two years later it is now a reality.

We feel he will be a huge part of our team moving forward and we are excited to get to know him and get working with him when we are back at the Aud in the fall.”

Schmidt, a native of Etobicoke, Ont., recorded 71 points in 73 games with the OHL Cup champion Don Mills Flyers in 2019 and spent the last two seasons with the US National Development Program.