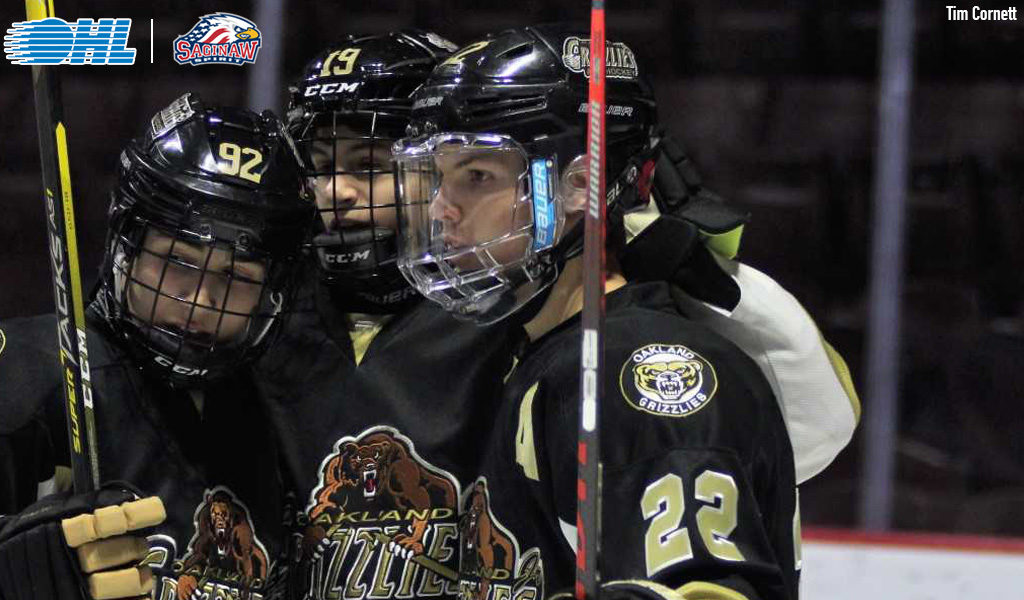 SAGINAW, MI – Mitchell Smith became just the second Saginaw native to sign with his hometown team Wednesday during a press conference in front of over 50 friends, family, and local media at The Dow Event Center.

The Spirit signed the 16-year old defenseman to an OHL Standard Player Agreement and Education Package after drafting him in the fifth round, 84th overall in the 2018 Under-17 Priority Selection Draft.

Very proud and extremely honored to announce I have signed for the Saginaw Spirit today. Thank you to all my family, friends, coaches, and teammates that helped me get to where I am today. pic.twitter.com/AxXHSgue6U

While starring with Oakland Jr. Grizzles 16U, the Heritage High School sophomore also played on the Hawks Varsity Baseball team.  Smith will now focus on hockey, while continuing to attend the Saginaw Township High School.

Smith follows in the footsteps on Brad Walch, who suited up for the Spirit from 2009-2012 and was the very first Saginaw-born player on the Spirit roster. Walch still holds the team record for most playoff games played in a Spirit uniform (38).