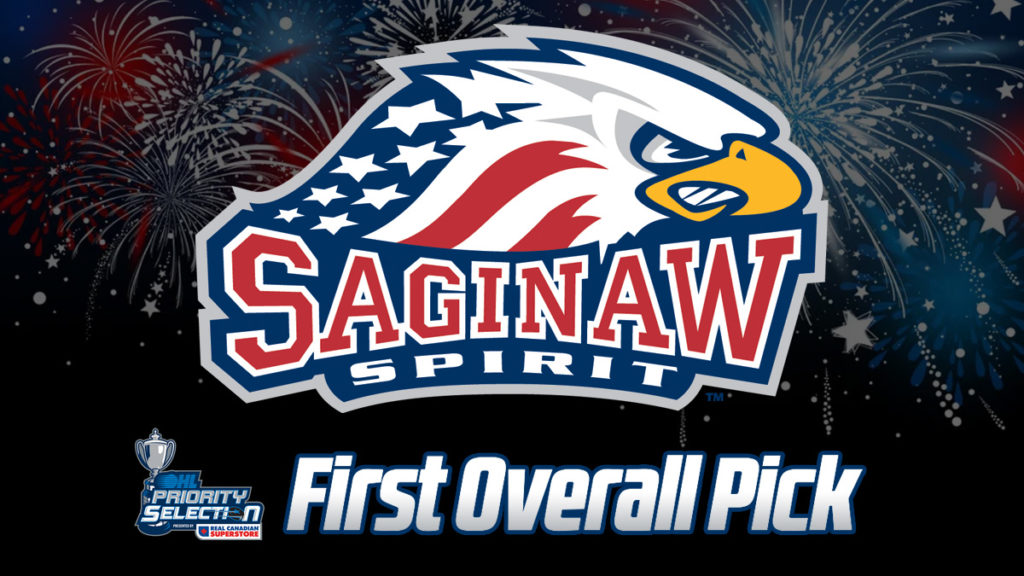 Each of the four non-playoff teams participating in the Priority Selection Lottery, the Erie Otters, Niagara IceDogs, Saginaw Spirit and Sudbury Wolves, had an equal 25 percent change of drawing the first overall pick. The final results were determined by a computerized random number generator, with the process overseen and certified by Mr. Robert Bayne, partner with the law firm Filion Wakely Thorup Angeletti LLP.

The coveted top spot came down to a reveal between the Spirit and the Erie Otters, who will be selecting second overall for the first time since 2013.

The Spirit will be adding their first Jack Ferguson Award recipient since they made Patrick McNeill their first-ever selection back in 2003.

The OHL Priority Selection will once again be held over the course of two days, with Rounds 1-3 taking place beginning at 7:00pm on Friday, April 29. The proceedings continue on Saturday, April 30 starting at 9:00am with Rounds 4-15. The Priority Selection will be streamed for free in its entirety on CHL TV. Fans can also watch complete Day 1 coverage on YourTV, Rogers tv, Eastlink, Cable 14 and Shaw Spotlight community stations, as well as on the OHL Action Pak.

The 2022 OHL Priority Selection presented by Real Canadian Superstore will see the top players born in 2006 within OHL jurisdiction eligible to be selected on April 29-30, in addition to 2007-born forward Michael Misa of the OHL Cup champion Mississauga Senators, who has been granted exceptional player status by Hockey Canada.

In addition to live streaming on CHL TV, the Priority Selection will also be covered extensively on the OHL’s Twitter, Instagram, Facebook accounts, as well as on the web at ontariohockeyleague.com.

The first overall pick in the 2022 #OHLDraft belongs to… 🥁 pic.twitter.com/7VfOybpcFT