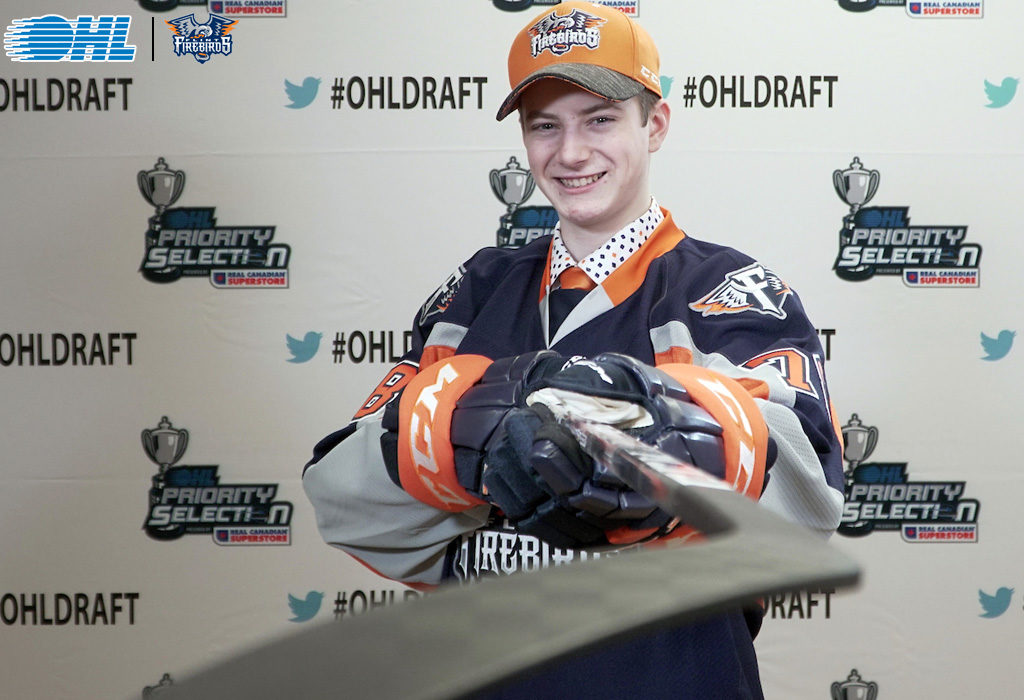 “We are very excited to officially welcome Brennan and his family to our program,” said Flint Firebirds Vice President of Hockey Operations and General Manager Barclay Branch. “Brennan is a special person and talented player that brings a winning pedigree to our program. Our fans will really enjoy watching him play a huge part in our future success.”

Othmann, a native of Pickering, Ont., recorded an impressive 146 points (66G, 80A) in 72 regular season games with the Don Mills Flyers Minor Midget AAA hockey team last year. He played an integral role in helping the Flyers to a 77-0-6-1 record, capturing both the Greater Toronto Hockey League’s (GTHL) regular season and playoff titles. Othmann led Don Mills in playoffs with 22 points (7G, 14A) in 13 games and was also selected to represent Team Ontario at the renowned 2019 Canada Winter Games, leading his team with 16 points (10G, 6A) in six games to secure a Silver Medal.

“Signing with the Firebirds means a lot to my family and I,” said Othmann. “I was very grateful and happy that I got drafted by Flint. It’s a great hockey town and I’m really excited to get underway in August and start a new chapter in my hockey career.”

At the OHL Gold Cup in May, the 5-foot-11, 158-pound forward finished the tied for the tournament lead in points (8), goals (3) and assists (5) in just four games en-route to capturing the prestigious OHL Gold Cup title.

“To sign an OHL contract is a dream come true. Ever since I was four years old, I wanted to play in the OHL. This is everything I dreamed of,” added Othmann.

For 15 straight years beginning in 1999, the player taken second in the OHL draft went on to play in the NHL. Since 2010, four of the last seven players selected second-overall in the OHL Draft became first-round draft picks in the NHL.

Brennan will arrive in Flint for training camp in late August and will wear number 78 for the Firebirds.