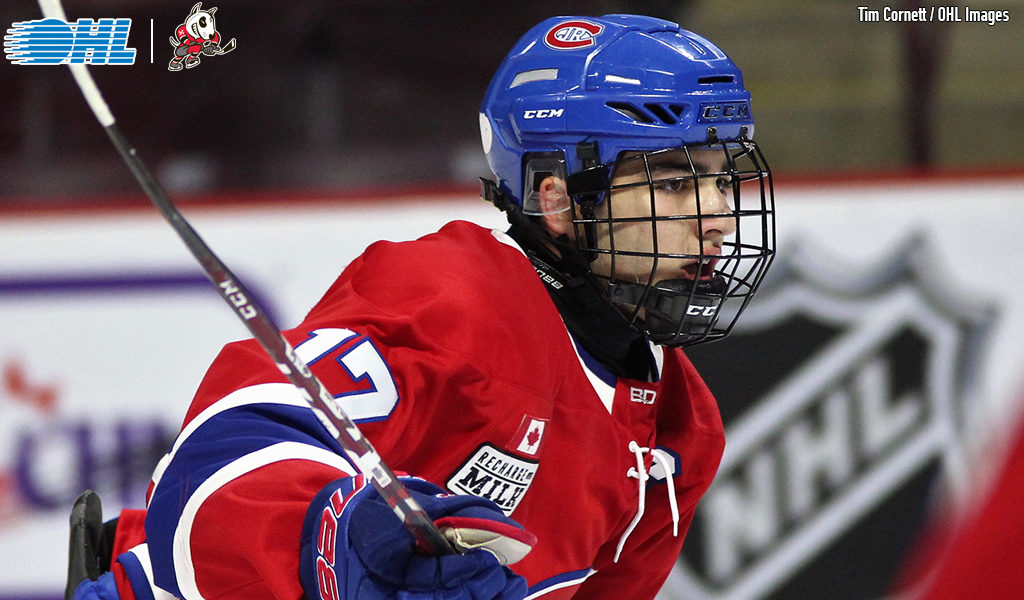 In 59 games played, the Richmond Hill-born 15-year old has scored 41 goals and collected 63 assists, totalling 104 points. He has a 65.24% face-off percentage in 59 games. In the 2018-19 season, his first with the Jr. Canadiens program, Fimis was named an Alternate Captain. In the 2019-20 season, he wore the Captain’s “C”. He helped the Toronto Jr. Canadiens win a GTHL Minor Midget Championship.  They would have been the number one seed entering the 2020 OHL Cup.

Pano can’t wait to play in front of our amazing fans, neither can we!

Fimis was selected for the GTHL’s 2020 Top Prospects Game. He represented Canada at the 2020 Youth Olympic Games in Lausanne, Switzerland, where he captured bronze. He was named the 2020 GTHL Player of the Year. Previous winners of this award include Shane Wright, Jamie Drysdale, and Connor McDavid.

General Manager Burke announced the signing earlier today, saying “I am beyond thrilled to be adding Pano officially to the IceDogs. This is a huge day in our organization’s history. To be able to add a talent like Pano is a game changing addition, and one that you are rarely in a position to add.

“Pano has been our guy from day one,” he continued. “To be able to draft and sign a player that you had number one on your draft board all year and to see things come to fruition today is very exciting.

“I could not be more thrilled at the game Pano will bring to Niagara. He does everything at an elite level, has unbelievable leadership qualities, and already embodies an IceDog on and off the ice. I could not be more excited to make this official and welcome Pano and the Fimis family to Niagara. I can’t wait for fans to see him and our bright young group!”

“I am honoured and proud to announce that I have officially signed with the Niagara IceDogs!” said Fimis. “I’m looking forward to meeting my teammates, and playing at the Meridian Centre. I am super excited to get things started with the IceDogs organization”.

Truly honoured to be selected by @OHLIceDogs. Thank you to everyone that I have crossed paths with along the way and those that have supported me. Especially my family, coaches, and teammates. Can’t wait to get started, in the meantime I hope everyone is staying safe. #godogsgo pic.twitter.com/t7bEoWhvzv

Fans can look forward to watching Pano the next time the team hits the ice.