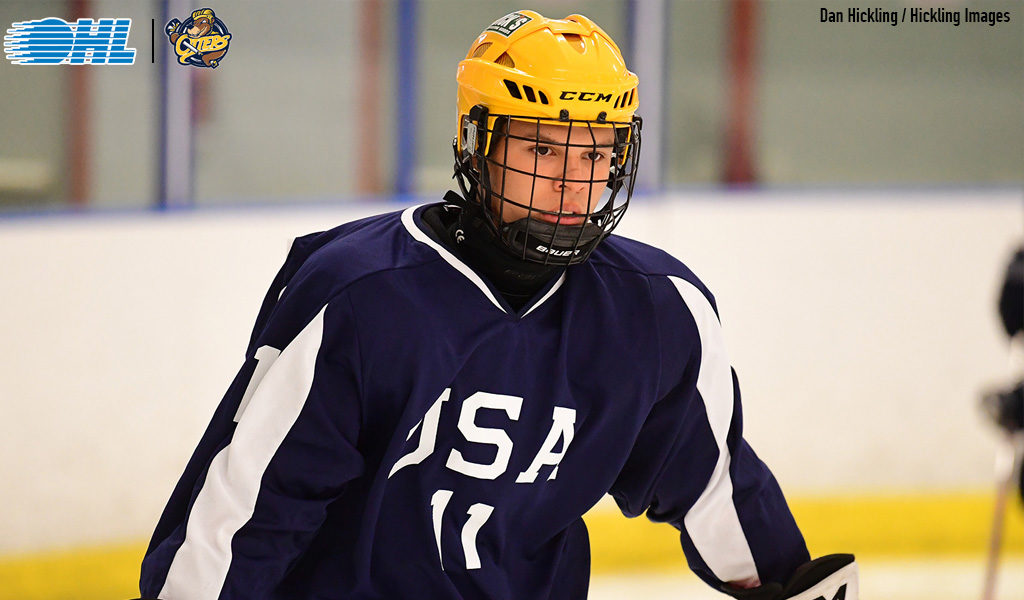 “Colby is another player we’re excited about watching in Erie for seasons to come,” said Brown. “He’s a 200-foot player and someone who boasts a complete game that coaches cherish and appreciate. Colby brings a mature style of play and team-first game that inspires and resonates among his teammates. His play is defined by his devotion to compete as hard in his end as he does on the offensive side of the game. We’re thrilled to welcome Colby and his family to the Otters organization.”

The 5-foot-8, 154-pound forward was selected by the Erie Otters 37th overall in the second round of the 2019 OHL Priority Selection. The 17-year-old spent last season with the U.S. National Under-17 Team, part of the USA Hockey National Team Development Program, where he recorded 14 points (6G-8A) in 37 games played. Saganiuk was selected to represent the United States at the 2019 World Under-17 Hockey Challenge where he won a silver medal and posted five points (3G-2A) in six tournament games.

“It’s a huge honor to put the pen to paper and officially become an Erie Otter,” Saganiuk said. “I’m excited to get the season rolling and bring my best 200’ by 85’ game of hockey for my teammates, organization, and the fans of Erie.”

A native of Plainfield, Illinois, the right-handed shooting forward is the fourth Pittsburgh Penguins Elite alum to commit to the Erie Otters in a little over a year. In 2018-19 Saganiuk led the Penguins Elite U16 squad in scoring with 39 points (10G-29A) in 37 games on their way to winning a national title at the USA Hockey national championships.

Colby is eligible for the 2021 NHL Entry Draft. He is also the grandson of Rocky Saganiuk, an NHL veteran of 259 games played with time spent in the Toronto Maple Leafs and Pittsburgh Penguins organizations.