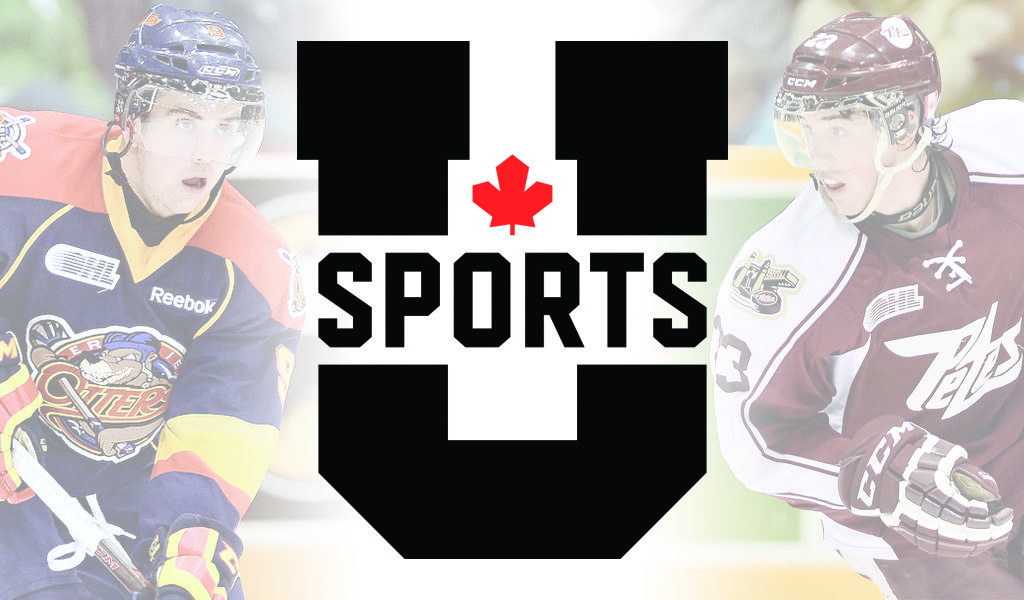 TORONTO (U Sports) – U SPORTS announced Monday the roster of the 2017 U SPORTS Men’s Hockey All-Star Team for the upcoming two-game series against Canada’s National Junior Team prospects.

The games are set for Wednesday, Dec. 13 at 7 p.m. ET / 4 p.m. PT and Thursday, Dec. 14 at 4 p.m. ET / 1 p.m. PT at the Meridian Centre in St. Catharines, Ont., home of the OHL’s Niagara IceDogs.  The games will mark the culmination of a four-day camp for the U SPORTS Men’s Hockey All-Stars beginning Dec. 11, while also serving as part of Hockey Canada’s National Junior Team selection camp for the 2018 IIHF World Junior Championship slated for Dec. 26 -Jan. 5 in Buffalo, N.Y.

“We’re thrilled to partner with Hockey Canada for what should be two very entertaining hockey games, and a continued partnership between our organizations,” said Graham Brown, President and CEO of U SPORTS. “We all know how excited Canadians get every December about Canada’s National Junior Team. These games will provide great exposure for U SPORTS men’s hockey, and I know our players and coaches are looking forward to shining on a national stage.”

It will mark the third straight year Canada’s National Junior Team Prospects have faced off against the U SPORTS Men’s Hockey All-Stars, all but one of whom have CHL major junior experience, including six returning players from last year’s squad.

Brad Peddle, head coach of the StFX X-Men will serve as the team’s bench boss alongside assistant coaches Mark Howell of the Calgary Dinos, Trevor Stienburg from the Saint Mary’s Huskies and Patrick Grandmaître of the Ottawa Gee-Gees.

“This is a tremendous event with very high level competition, and I look forward to coaching the team representing U SPORTS top hockey players across the nation,” said Peddle, who along with Howell was behind the bench as an assistant coach at the 2016 event in Boisbriand, Que.  “We have a great coaching assistant staff in place that I am very much looking forward to working with in an effort to provide our student-athletes with an outstanding experience.”

Hockey Canada’s National Junior Team has faced U SPORTS competition on a regular basis since 1988.