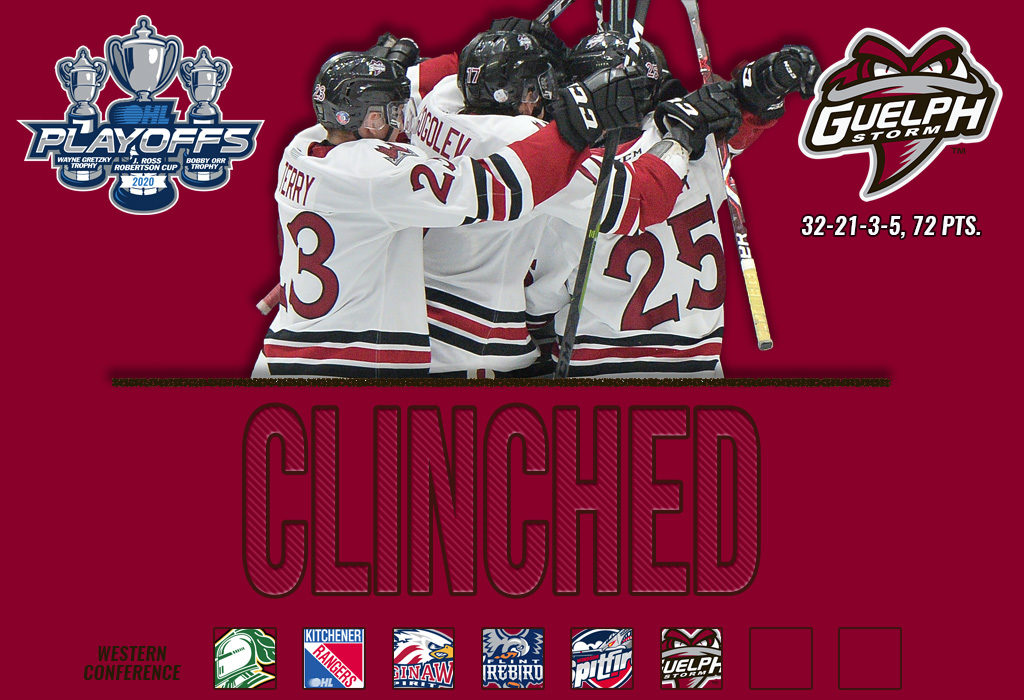 The defending champions own a 32-21-3-5 record for sixth place in a highly competitive Western Conference as a season of ups and downs in Guelph nears its conclusion. The Storm have the unique distinction of having gone on both a 10-game winning streak and 10-game losing skid all in the same season.

Perhaps the biggest contributor to Guelph’s success this season has been World Junior gold medalist Nico Daws in goal. The 19-year-old has posted a league-leading 2.48 goals-against average and .924 save percentage with a 23-8-3-3 record through 38 games, surprising many along the way.

On the blue line, sophomore defender Daniil Chayka is showing early signs of being a closely-watched prospect for the 2021 NHL Draft while 6-foot-7 overager Fedor Gordeev continues to be a steady shutdown option for head coach George Burnett.

The Storm have won four OHL Championships since they broke into the League in 1991-92, with the most recent being last spring’s wild ride through three consecutive series comebacks to defeat the Ottawa 67’s for the J. Ross Robertson Cup.