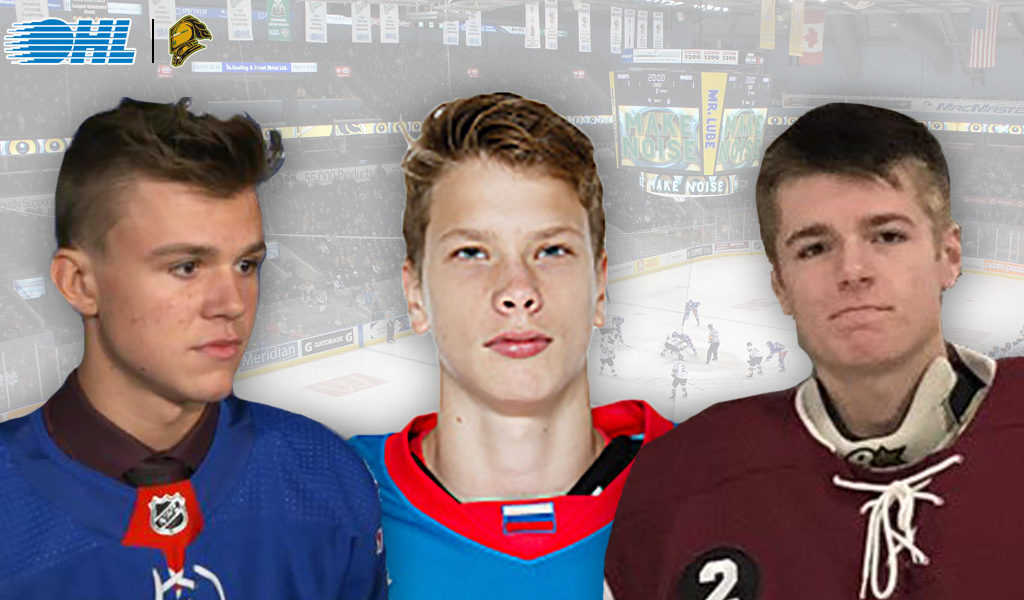 “Hunter will be a welcomed addition to this organization as we look forward to the talent that he will bring to our roster,” said Knights General Manager, Mark Hunter.  “We were pleased when we saw that he was drafted by the New York Rangers in the NHL Entry Draft and knew that he would make for a top-end defenceman in the OHL.”

A native of Pinckney, Michigan, the 2001-born defender was selected in the fourth round of the 2019 NHL Entry Draft by the New York Rangers.  Skinner was originally selected in the fifth round of the 2017 OHL Priority Selection, 97th overall.  Splitting last season between the Muskegon Lumberjacks and Lincoln Stars of the USHL, Skinner registered 22 points and 81 PIMs in 52 games played.

“Kirill will make an immediate impact on our roster for this upcoming season,” further elaborated Hunter.  “We’ve been watching Kirill throughout last season and were very impressed with his talents on the ice.  Kirill fits the new style of defenceman; having an offensive skill set to compliment his defensive strengths.  We were very excited that we were able to select him in the Import Draft and are looking forward to having him play for the London Knights.”

With the 55th overall pick in the 2019 #CHLImportDraft powered locally by @downtownlondon, the London Knights are proud to select, D, Kirill Steklov from Russia pic.twitter.com/e3Wt3BKxU3

The 2002-born defender will be heading into his first NHL Entry Draft eligible season.  Playing for Podolsk Vityaz U17, in the MJU17 league, the offensively skilled defenceman totaled 12 points in 22 games played.

“We are also very pleased to welcome Brett to the London Knights organization” continued Hunter. “Brett is a talented goaltender who won the Rookie of the Year award in the PJCHL.  We look forward to him building upon that success in the OHL and are excited to welcome him to our organization.”

Brochu, a native of Tilbury, Ontario, was drafted in the sixth round, 114th overall in the 2018 OHL Priority Selection. Last season as a member of the Dresden Jr. Kings in the PJCHL he had a GAA of 2.46 and a SV% of .915 in 38 games played. Brochu attended development camp in April and will be at Training Camp in August as he enters his NHL draft eligible season.