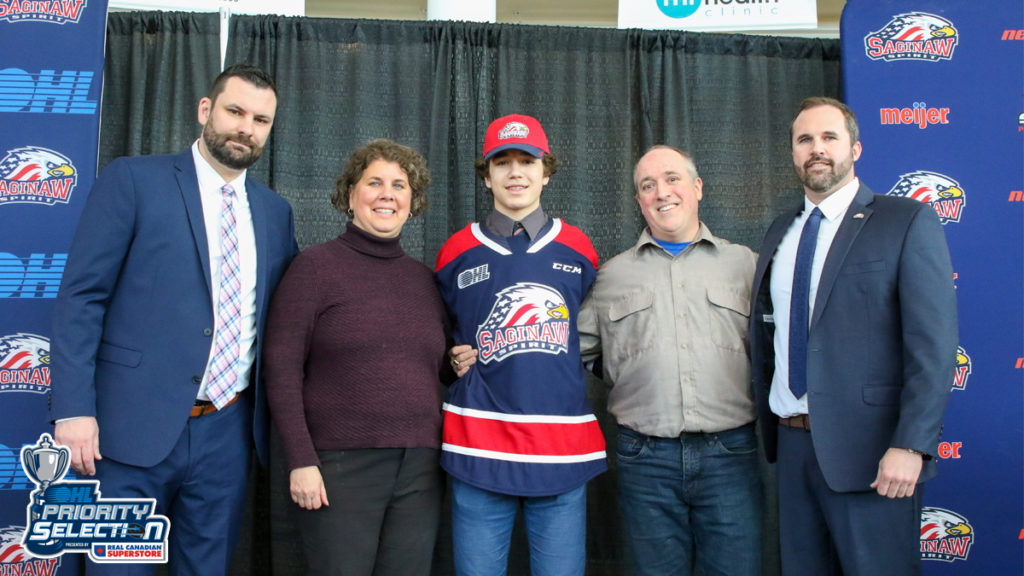 Toronto, Ont. – The Ontario Hockey League in association with the Saginaw Spirit Hockey Club today announced that 15-year-old forward Michael Misa of the OHL Cup champion Mississauga Senators U16 program will be the first overall pick in the 2022 OHL Priority Selection presented by Real Canadian Superstore.

“Michael Misa is a dynamic offensive player that was one of the driving forces for the Senators in their OHL Cup run,” said Darrell Woodley, Director of OHL Central Scouting. “He plays like he has eyes in the back of his head. His vision is exceptional, he anticipates plays well and always seems to be in the right place at the right time. He received exceptional status because of his all-around game. He is not a one-dimensional player. He has tremendous hockey sense and he does the little things well. He will be able to make an impact as a 15-year-old in the OHL.”

Join Michael Misa as he hears his name called to kick-off the first round of the 2022 OHL Priority Selection Draft Show presented by Real Canadian Superstore beginning at 7:00pm on Friday night. The OHL Priority Selection will once again be held over the course of two days, with Rounds 1-3 taking place on Friday. The proceedings continue on Saturday, April 30 starting at 9:00am with Rounds 4-15. The Priority Selection will be streamed for free in its entirety on CHL TV. Fans can also watch complete Day 1 coverage on YourTV, Rogers tv, Eastlink, Cable 14 and Shaw Spotlight community stations, as well as on the OHL Action Pak.