Spirit back in OHL Playoffs after wild ride last spring 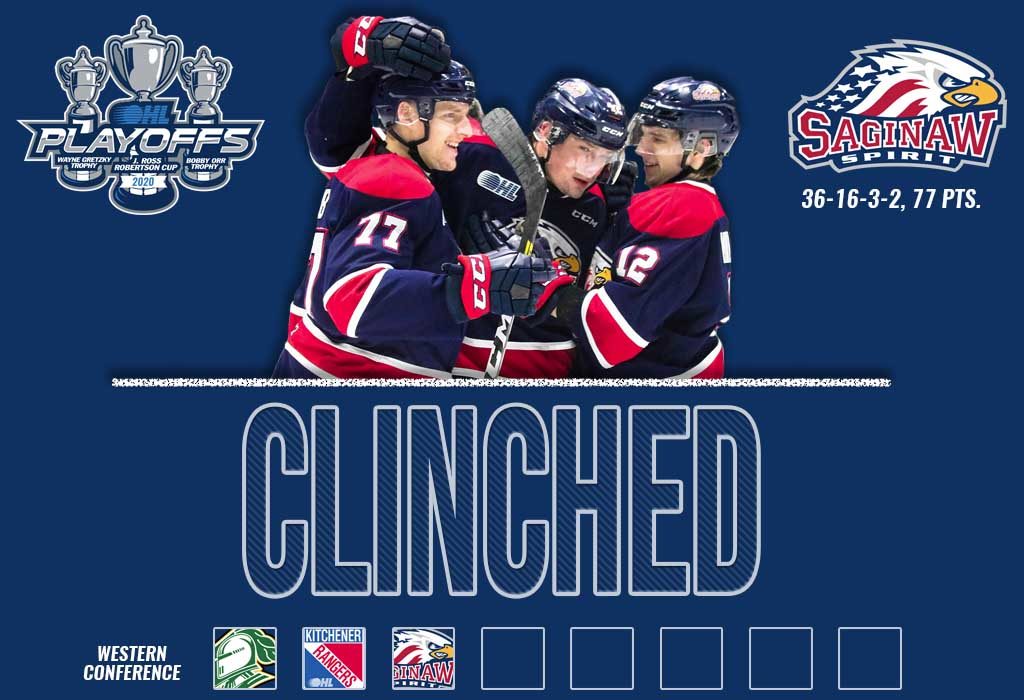 The Saginaw Spirit are back for another shot.

After coming within one win of a Western Conference championship last spring, Saginaw is back on top of the West Division with a 36-16-3-2 record, one point ahead of the interstate rival Flint Firebirds.

The Spirit secured their playoff ticket with a 6-3 road win over the North Bay Battalion on Sunday afternoon as fourth-year captain Damien Giroux led the way with two goals and two assists. The Spirit took five of a possible six points on their northern road trip, dropping a 6-5 overtime decision in Barrie before unloading for a 10-6 win over the Sudbury Wolves.

Giroux leads the Spirit in the goal-scoring department, lighting the lamp 39 times this season while sophomore teammate Cole Perfetti recently set a new franchise mark for points in a single season, registering his 102nd.

Saginaw got a boost to its blue line two weeks ago when the New York Islanders returned second round selection Bode Wilde to the Spirit lineup after he began the season with the AHL’s Bridgeport Sound Tigers.

The Spirit return to the playoffs for the 13th time in the past 14 seasons. They’re still in the hunt for their first OHL Championship.