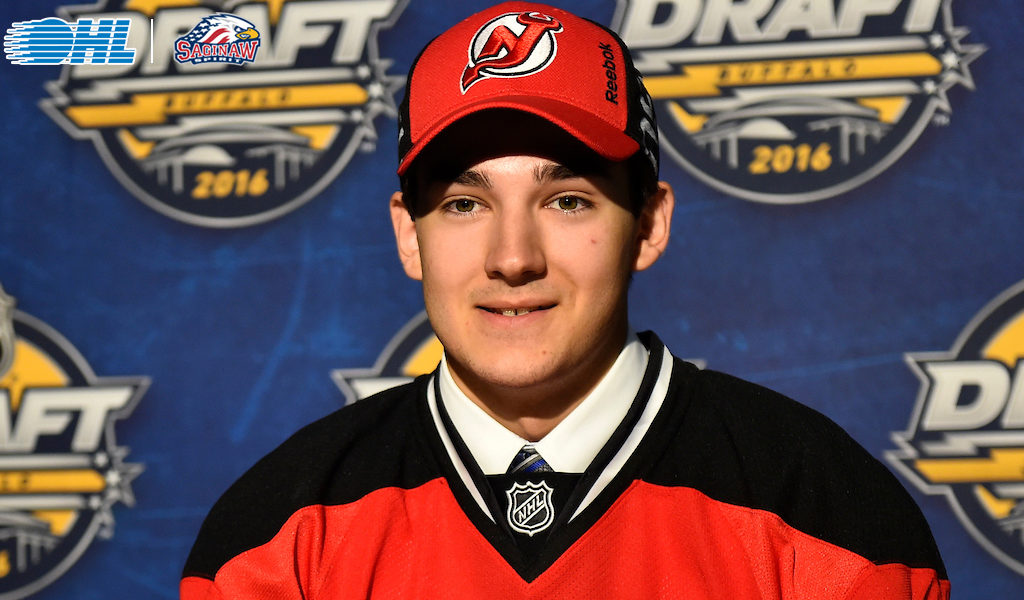 The announcement was made by Devils’ Executive Vice President/General Manager Ray Shero. Cormier had previously signed an American Hockey League Contract with Binghamton on January 11, 2019.

The #NJDevils today signed goaltender Evan Cormier to a three-year entry level contract that starts with the current 2018-19 season through 2020-21.

Cormier was playing with @ECHLThunder (ECHL) but will report back to @BingDevils (AHL).

Cormier is a 2016 fourth-round draft pick, 105th overall, of the New Jersey Devils, and earlier this season played in 13 games with University of Guelph. He had a 2.27 goals-against average and a .926 save percentage.

Prior to that, the Bowmanville, Ont. native played four seasons with the Ontario Hockey League’s Saginaw Spirit. In a franchise record 190 regular-season games with the Spirit, Cormier had a 3.40 goals-against average, .895 save percentage, seven shutouts, and 77 wins.

Before his tenure with Saginaw, Cormier played 11 games with the OHL’s North Bay Battalion and recorded four wins, including two shutouts. Cormier attended New Jersey Devils’ Development Camp in 2016 and 2017.