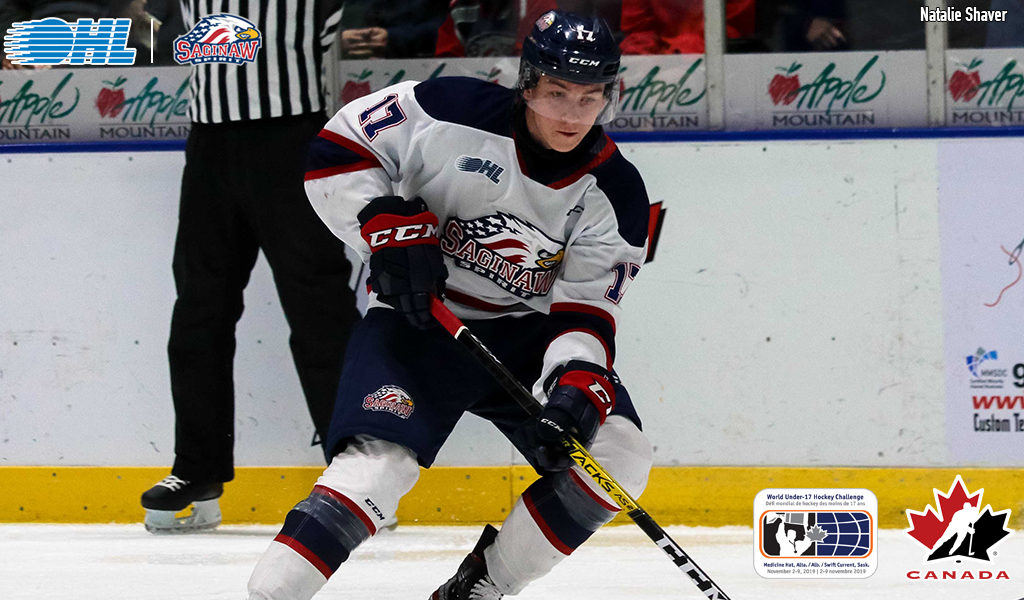 Hockey Canada announced Friday that Saginaw Spirit forward Josh Bloom will be added to the roster of Team Canada Red for the 2019 World Under-17 Hockey Challenge getting underway in Medicine Hat, Alta. and Swift Current, Sask. on Saturday night.

A 16-year-old from Oakville, Ont., Bloom has a goal and two assists through 16 games as a rookie in Saginaw this season. The 6-foot-1, 175Ib. left-winger was Saginaw’s second round (30th overall) pick in the 2019 OHL Priority Selection from the Toronto Nationals Minor Midgets.

Bloom won silver with Team Ontario at the 2019 Canada Winter Games in Red Deer, Alta., recording six assists in as many contests.

A total of 24 OHL players will compete in the 2019 World Under-17 Hockey Challenge.