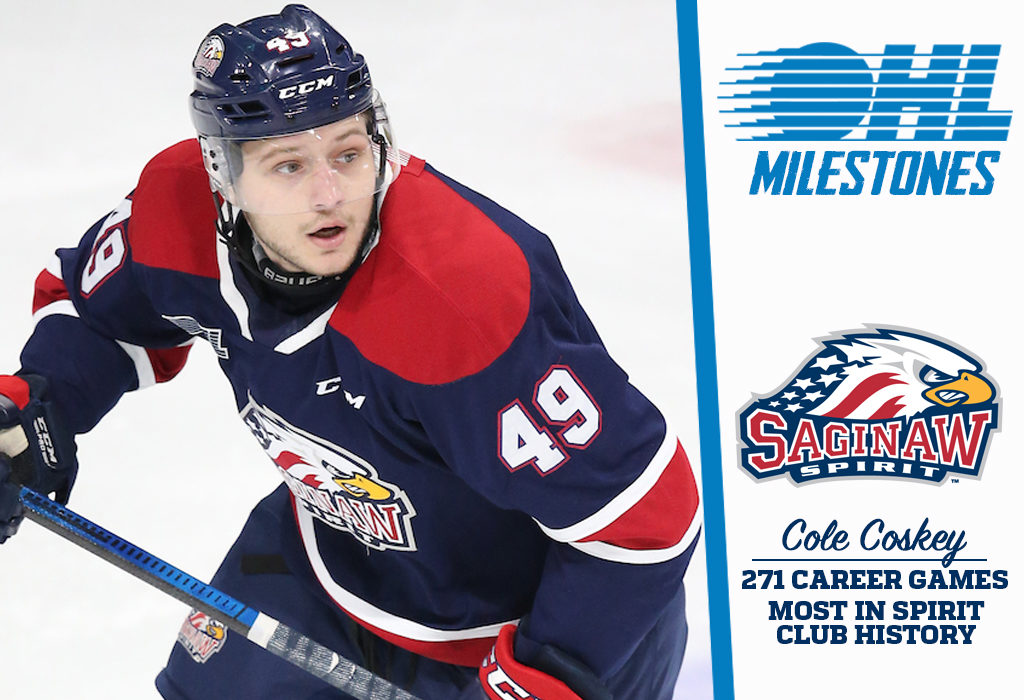 Friday was a night to remember for Cole Coskey.

The New York Islanders prospect earned first star honours, scoring the game winner with 38 seconds remaining in the third period to guide the Saginaw Spirit past rival Flint 5-4 on the road. What’s more, he set a new Spirit club record for career games played, suiting up in the 271st of his OHL career to pass Patrick Asselin (2003-08) on the all-time list.

Congratulations to Cole Coskey (@coskey_cole) for breaking the record of most games played in a #Spirit uniform! #SoarWithUs pic.twitter.com/3WjVMDZHqs

A 20-year-old native of Zion, Ill., Coskey has been with the Spirit since 2015 when they selected him in the third round (47th overall) of the 2015 OHL Priority Selection. He’s proceeded to increase his point totals in each of his four seasons with the franchise, racking up 193 points (88-105–193) over his 271 career regular season games while also appearing in 21 playoff contests. His 193 points are the seventh-most in Spirit history.

The 6-foot-1, 205Ib. right-winger registered 31 goals and 63 points in 52 games last season, drawing the attention of the New York Islanders who selected him in the seventh round (209th overall) of the NHL Draft.

The same night he set a new Spirit career games played record, @coskey_cole nets the game winner inside the final minute on a feed from @ColePerfetti91. pic.twitter.com/rOI5rjP4cp