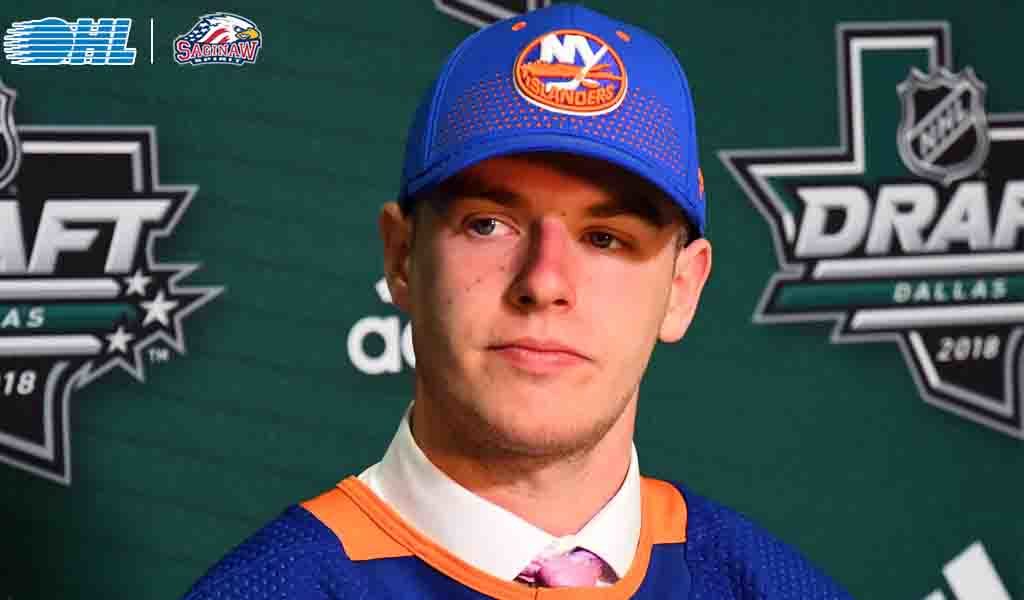 Wilde, 18, has 20 points (5G, 15A) in 19 games during his first season with the Saginaw Spirit of the Ontario Hockey League. His 19 points are good for most among team defensemen and ninth among all OHL blueliners while his 15 assists co-leads the Spirit.

The Montreal, QC native played two seasons with the United States National Team Development Program prior to playing in the OHL. He recorded 60 points (20G, 40A) in 118 games with the program.

The Islanders drafted Wilde in the second round (41st overall) of the 2018 National Hockey League Draft.

On the international stage, Wilde appeared in seven games with Team USA at the 2018 Under-18 World Junior Championships in Russia.