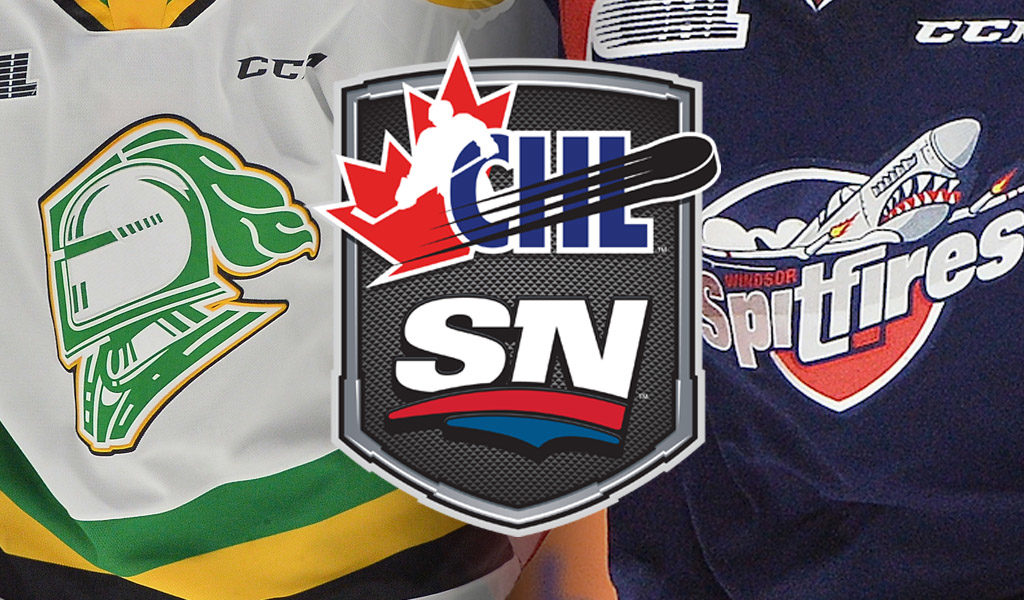 Tune into Sportsnet Thursday night for a Western Conference clash between the London Knights (27-13-1-1) and host Windsor Spitfires (27-9-5-0).

The Knights sit second in the Midwest Division, four points behind the conference-leading Kitchener Rangers. They enter play on a three-game winning streak, with Washington Capitals first rounder Connor McMichael leading the way. McMichael put up four points in last weekend’s 6-2 win over the Erie Otters that included his second hat-trick in just four games and fifth of the season. He sits fourth among all OHL skaters with 71 points (33-38-71) through 32 games and has put up eight goals and 12 points in his last five games since returning to the London lineup following his gold medal performance with Team Canada at the World Juniors. Prior to last Sunday’s win against the Otters, the Knights skated past the Sudbury Wolves by a score of 4-1 that saw a two-goal performance from 2019 Minnesota Wild pick Matvey Gustov. Antonio Stranges and Luke Evangelista are among the top 60 North American skaters listed in NHL Central Scouting’s Midterm Rankings; Stranges at 39 and Evangelista at 58.

London’s rookie netminder in Brett Brochu ranks among the league’s top goaltenders, currently maintaining a .912 save percentage and 2.52 goals-against average. The Knights hold an 8-2-0-0 record through their last 10 games.

The Spitfires lead the West Division with 59 points and sit just one point back of the Conference-leading Rangers. The race to the top of the division is a tight one with the Saginaw Spirit trailing only one point behind. The Spits, too, have claimed victory in their last three tilts and, like the Knights, also boast wins in eight of their last 10 games. They edged the Otters 4-3 last weekend before defeating the Spirit 5-3 the following day. Columbus Blue Jackets prospect Tyler Angle (21-25-46) and Nashville Predators pick Egor Afanasyev (19-27-41) both sit atop the Windsor scoring race with 46 points in 41 games. The Spits also boast a pair of highly touted 2020 NHL Draft hopefuls in Jean-Luc Foudy and Will Cuylle, ranked 20th and 21st respectively among North American skaters in NHL Central Scouting’s Midterm Rankings.

Among the game’s highlights will be another anticipated clash between brothers Jean-Luc and Liam Foudy. Liam, a first round pick of the Columbus Blue Jackets in 2018 and recent World Junior gold medalist, has 34 points through 25 games in his fourth term with the Knights. Younger brother Jean-Luc, gearing up to hear his name called at the upcoming NHL Draft in June, has amassed 35 points in the 41 games he’s suited up in his sophomore year.

Thursday’s matchup will be the fourth of six tilts between the two clubs this season, with Windsor holding a 2-1-0-0 record over London so far.

The puck drops at 7:05pm ET on a game that can be seen across the country on Sportsnet East, Ontario and Pacific.