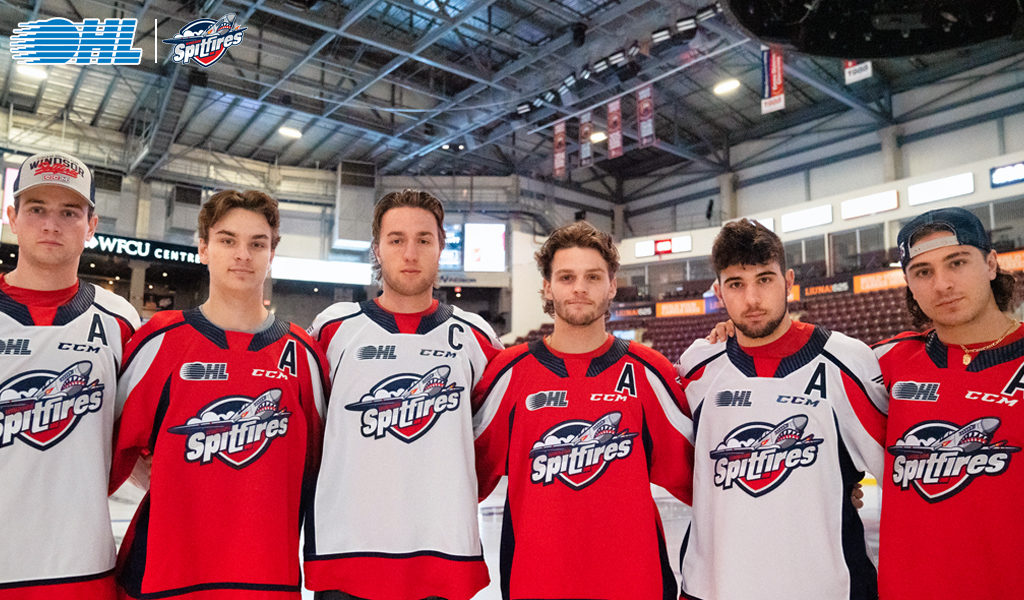 WINDSOR, ON. – Third-year forward Will Cuylle has been named the new Captain of the Windsor Spitfires.

The 19-year-old native of Toronto, Ontario was selected 3rd overall in the 2018 OHL Priority Selection by the Peterborough Petes before being traded to the Spitfires. Since joining the Spitfires, Cuylle has logged 125 career regular season and an additional four playoff games since the beginning of the 2018-19 season.

He set new career highs in assists (20) and points (42) while playing in 62 games last season and has a career 86 points through his first two seasons.

“It is an honour to be named the captain of such a historic franchise,” Cuylle said. “I am excited for the upcoming season.”

Head Coach Savard said the Spitfires’ new leader was an obvious choice among the staff and Cuylle’s fellow teammates.

“Cuylle has been here for two seasons now and is an obvious choice for us and among his peers,” Coach Savard said. “We think he will do a great job and lead this team going forward.”

Wearing the ‘A’ this season will be Wyatt Johnston (full-time), Pasquale Zito and Grayson Ladd (home games), and Daniel D’Amico and Louka Henault (away games).

Johnston, 18, enters his second season with the Spitfires after the 2019-20 season was cancelled. Over his rookie campaign, Johnston played up and down the lineup but mostly on the fourth line and recorded 12 goals and 18 assists for 30 points. He was drafted by the Dallas Stars 23rd overall in the 2021 NHL Entry Draft.

Zito is also entering his second season with the Spitfires. He and Johnston primarily played on the same line their first season. Zito played in 46 regular season games over his rookie season and put up had three goals and 10 assists. Zito was a sixth round pick (166th overall) of the Detroit Red Wings in the 2021 NHL Draft.

Ladd is entering his 4th and final season as an overager for the Spitfires. He was originally drafted by the Kitchener Rangers 13th overall in the 2017 OHL Priority Selection before being traded to the Spitfires in January of 2018. Ladd has amassed a total of 156 regular season OHL games and six playoff games between the two clubs. He has a career total of four goals and 39 assists.

D’Amico, a sixth round pick of the Spitfires back in 2017, is also entering his 4th and final overager season for the club. He has appeared in 190 regular season games and 10 playoff games. D’Amico has continued to improve his point totals season after season with 19 in his rookie season, 46 in his sophomore year and 50 in his third season for a total of 116 points.

Henault, a native of Montreal, Quebec, also enters his 4th season as an overager and, too, was drafted in the 2017 OHL Priority Selection. He has since appeared in 170 regular season contests over which he’s produced six goals and 63 points.