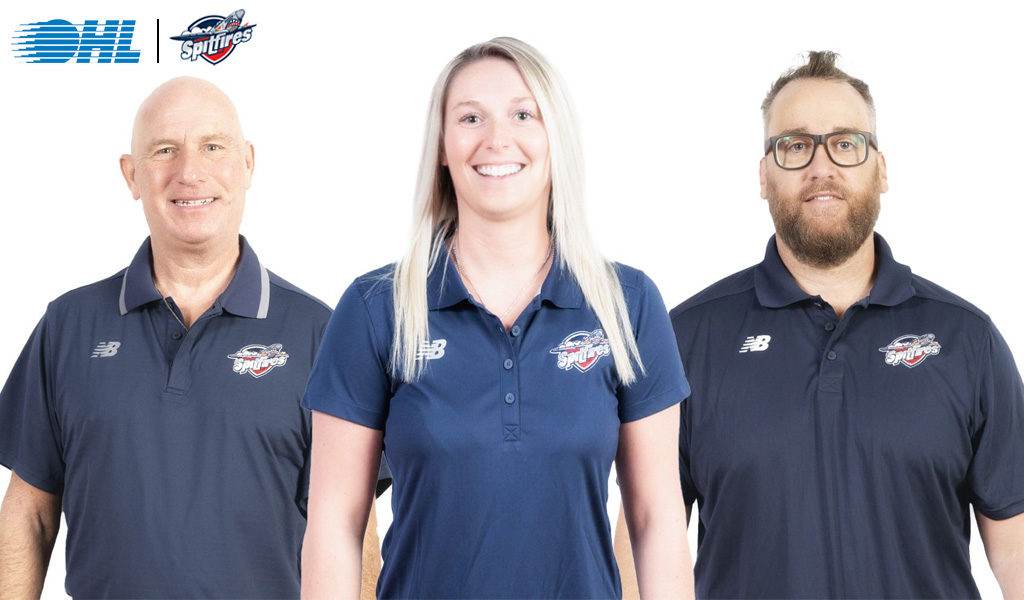 Windsor Ont. – The Windsor Spitfires Hockey Club are honoured and excited to announce the following new members to the 2021/2022 Staff .

The Windsor Spitfires welcome former professional hockey player (Toronto Furies, Boston Blades) and National U18 athlete Jordan Hampton to the scouting staff. Jordan is a graduate from the University of North Dakota and is among the first women to join an OHL scouting staff. The 27-year-old will serve as the Spitfires’ Michigan-based scout and joins club Skating Coach Kathy McLIwain as the second female in the hockey operations department.

The Windsor Spitfires welcome back OHL and Memorial Cup Champion Bill Dark as the Director of Goaltending. Bill is a graduate from the University of London Ontario and was part of the Spitfires organization for four years, hoisting the Memorial Cup in 2009. Dark also spent six seasons with the London Knights, winning a pair of OHL championships and served as a goaltending consultant for the Hamilton Bulldogs during their 2017-18 championship campaign.

The Windsor Spitfires welcome former European Pro Hockey Player Brian McLaughlin as GTHL Scout. Brian Played six pro seasons in Europe and is a graduate of Seneca College. The 46-year-old has a long history of coaching in the GTHL.

A quote from General Manager and Director of Hockey Operations Bill Bowler.

“Frank Evola and I have worked closely with these three individuals over the past few seasons. The club and myself are proud to make today’s long overdue announcement. Their knowledge and contributions will have a lasting impact on The Windsor Spitfires Hockey Club.”