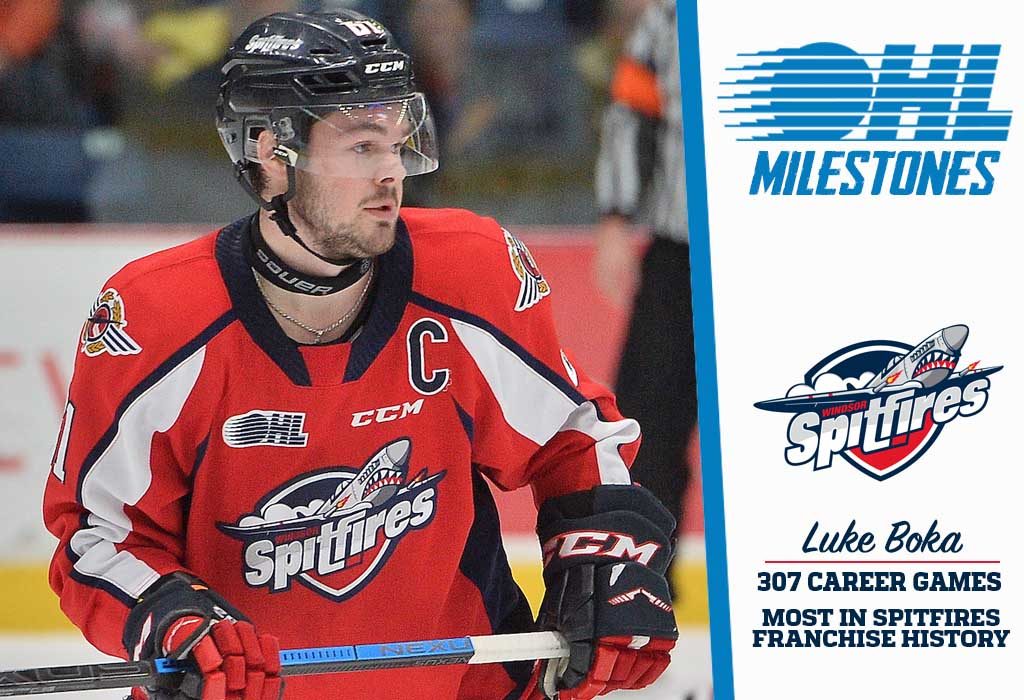 No player in the storied past of the Windsor Spitfires has played more regular season games than Luke Boka.

The overage captain suited up in his 307th career contest on Sunday night in Oshawa, passing John Scott Dickson (2000-05) for first on the all-time franchise list.

With game 307 in the books, it’s official. Congratulations @Lboka12 pic.twitter.com/FhaxxYGCD4

A native of Plymouth, Mich., Boka was Windsor’s fifth round (95th overall) pick in the 2015 OHL Priority Selection. His Spitfires currently sit fifth in the Western Conference with an overall record of 32-19-5-0.

Boka spoke with the OHL This Week Podcast last week and extended his thanks to numerous teammates and coaches who have helped him throughout his time in the League. You can listen to that episode here.