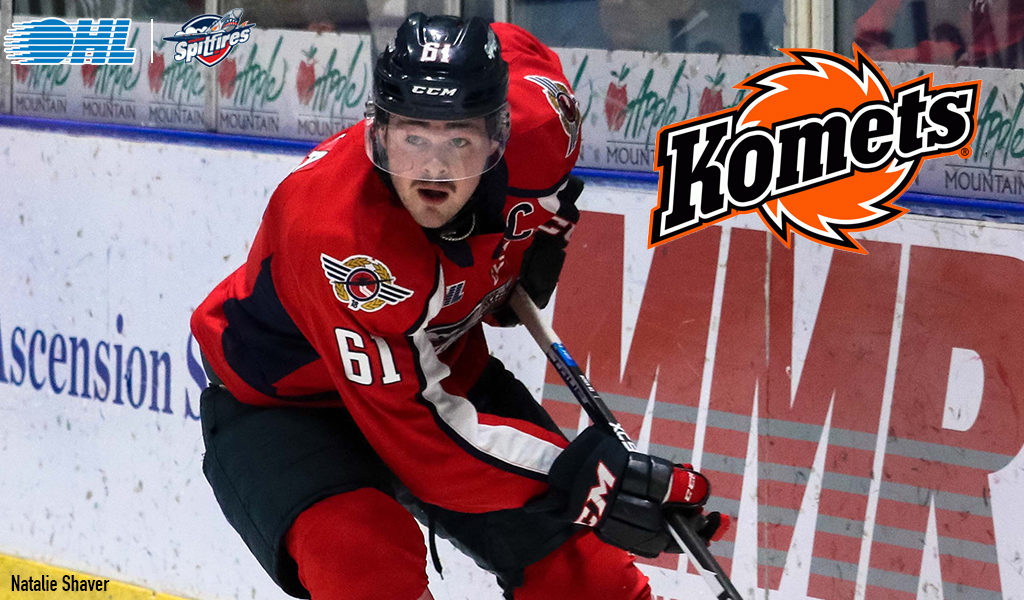 Fort Wayne, IN – The Fort Wayne Komets announced Thursday that defensemen Nick Boka and forward Luke Boka have agreed to terms for the 2020-2021 season.

Luke Boka, 21, spent the last five seasons with Windsor of the OHL setting a franchise record for most games played on February 23, 2020.  Boka scored 60 goals, accumulated 80 assists in 313 games and won a Memorial Cup in 2017 with the Spitfires.  He also served as the team’s captain the previous two seasons. This will be Luke’s first season as a pro.

“Luke will be an exciting addition to our locker room, he adds to our team of champions and leaders.  His defensive style of hockey will play a vital role withing this organization.  Luke is fearless when it comes to blocking shots and doesn’t mind going into the hard areas of the ice and he finds a way to contribute with a lethal shot in and around the net,” said Komets head coach Ben Boudreau.

With these signings the Komets roster expands to 17 players; ten forwards, six defenseman, one goaltender

The Komets will open their 2020-21 home campaign on Saturday, Oct. 17 when the Indy Fuel visit for a 7:35pm faceoff on Sweetwater Ice at the Memorial Coliseum.

Luke Boka (@Lboka12) spent the last 5 seasons with @SpitsHockey of the OHL, setting a franchise record for most games played at 313 games. pic.twitter.com/TRW8UBVa1q