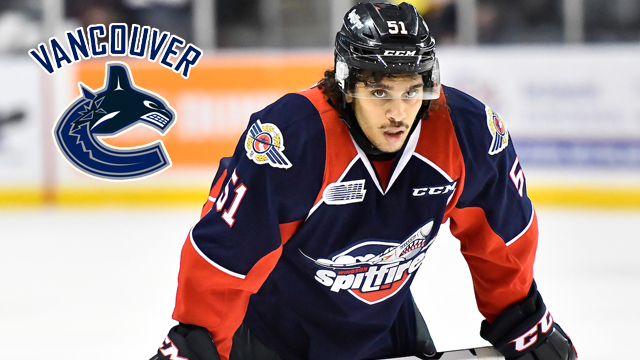 “Jalen is a good two-way defenceman that sees the ice well and makes good decisions in all three zones,” said General Manager Jim Benning. “He moves the puck well and can join the rush. Jalen is another addition to our young prospect pool and we look forward to his continued development playing in Windsor.”

A native of Ypsilanti, Michigan, Chatfield joined Windsor as a free agent in June 2014 and has suited up for 188 regular season games over three seasons, registering 86 points (19-67-86) and 136 penalty minutes.