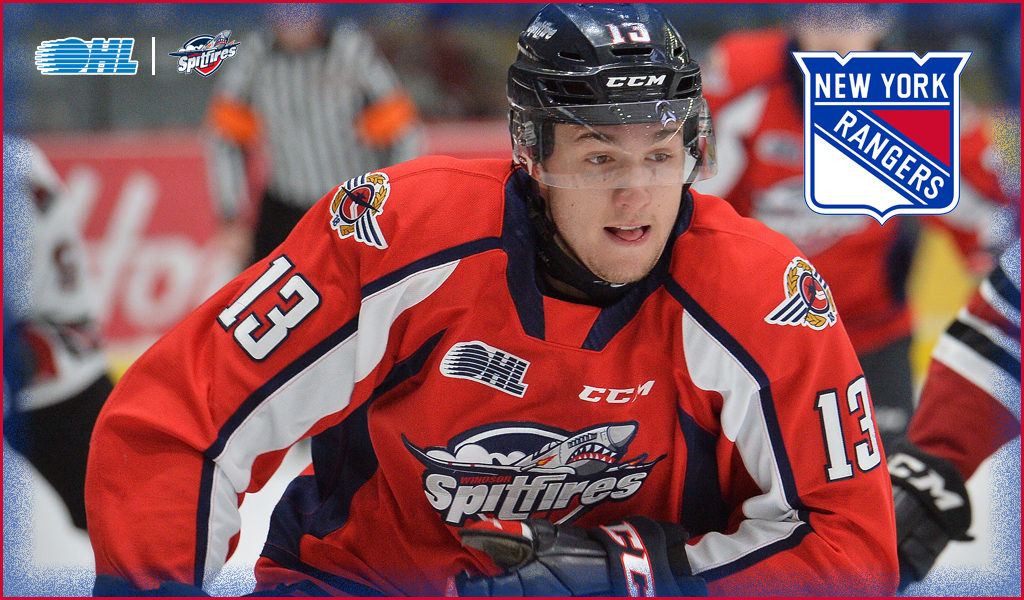 NEW YORK – The New York Rangers announced today that the team has agreed to terms with forward Will Cuylle on an entry-level contract.

The 6-3, 212-pounder skated in 62 games with the Windsor Spitfires of the Ontario Hockey League (OHL) last season, registering 22 goals and 20 assists for 42 points, along with 37 penalty minutes. He established OHL career-highs in several categories in 2019-20, including assists, points, and shots on goal (200). Cuylle tied for third on Windsor in power play goals (seven), ranked fourth in shots on goal, and ranked fifth in goals last season. Cuylle skated in 125 career OHL games over two seasons (2018-19 and 2019-20), both with Windsor, registering 48 goals and 35 assists for 83 points, along with 87 penalty minutes. He was named to the OHL’s Second All-Rookie Team in 2018-19, as he ranked fifth among OHL rookies in goals (26) and ranked seventh among OHL rookies in points (41) during the season. Cuylle was one of only four OHL players in their U18 season or younger who registered at least 20 goals in both 2018-19 and 2019-20. He helped Windsor advance to the 2019 OHL Playoffs and tallied three points (two goals, one assist) in four playoff contests. Cuylle was originally selected by Peterborough with the third overall pick in the 2018 OHL Priority Selection Draft.

Cuylle was selected by the Rangers in the second round, 60th overall, of the 2020 NHL Entry Draft.

MEET THE FUTURE: WILL CUYLLE