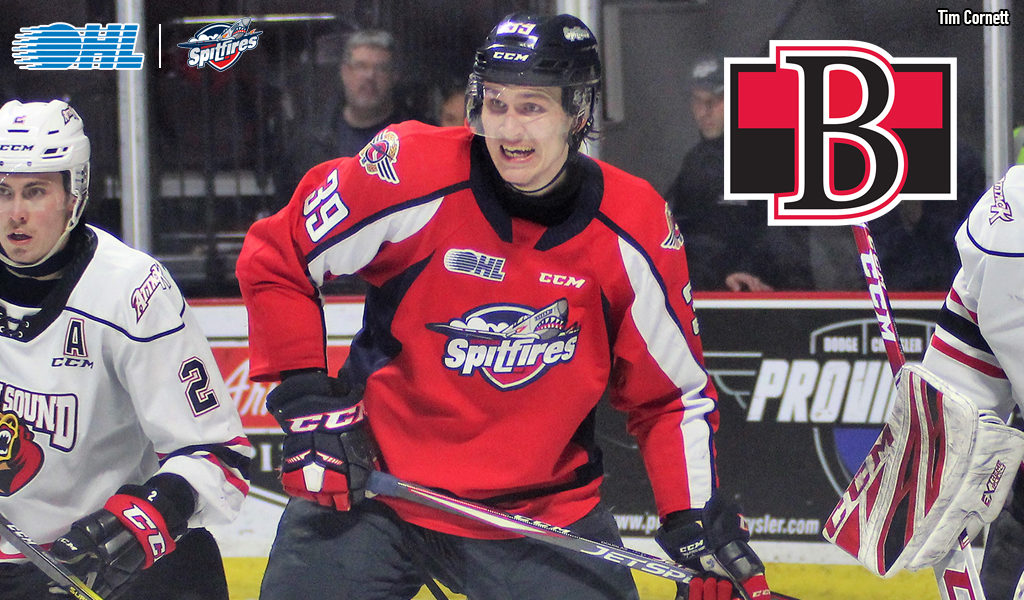 Belleville, Ont. – The Belleville Senators have signed forward Curtis Douglas to a Standard AHL Contract. Douglas joins the Senators after spending four seasons in the Ontario Hockey League, splitting his time between the Barrie Colts and the Windsor Spitfires. Most recently, he played 16 games on loan with the Linz Steel Wings of the Alps Hockey League.

The Oakville, Ontario native spent parts of three seasons with the Windsor Spitfires. In his most recent year with the club, he scored 30 goals and recorded 30 assists for a total of 60 points in 62 games played. Those totals were good for a career-high in goals, assists, and points, even in a shortened season. He has 168 points in 247 games played in the OHL.

Standing at 6’8″ tall, the 21-year old centerman’s game has transitioned well into professional hockey. In his 16 games on loan to the Linz Steel Wings in the Alps Hockey League, Douglas notched 8 goals and 4 assists. His 12 points were good for third on the team after playing only a third of the season.

Douglas was drafted in the 4th round, 106th overall at the 2018 NHL Entry Draft by the Dallas Stars after a stellar sophomore season split between Barrie and Windsor.