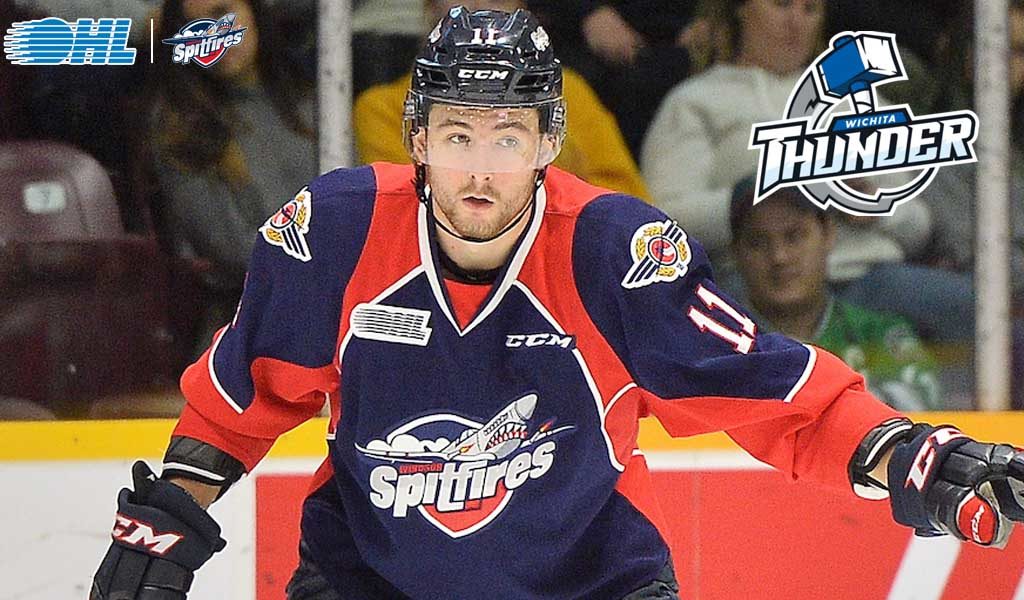 Allen, 21, turns pro after playing the last four seasons in the Ontario Hockey League for the Kitchener Rangers, Oshawa Generals and Windsor Spitfires. A native of Puslinch, Ontario, the 6-foot-3, 201-pound blueliner racked up 381 penalty minutes to go along with 22 points (2g, 20a) in 205 career games.

Prior to his overage year in Windsor, he attended training camp with the St. Louis Blues. He adds a dimension of toughness along with a solid defensive game to the Thunder backend.

The Thunder will open the season at home on Friday and Saturday, October 11th and 12th and will host the ECHL All-Star Classic on Wednesday January 22nd, 2020.