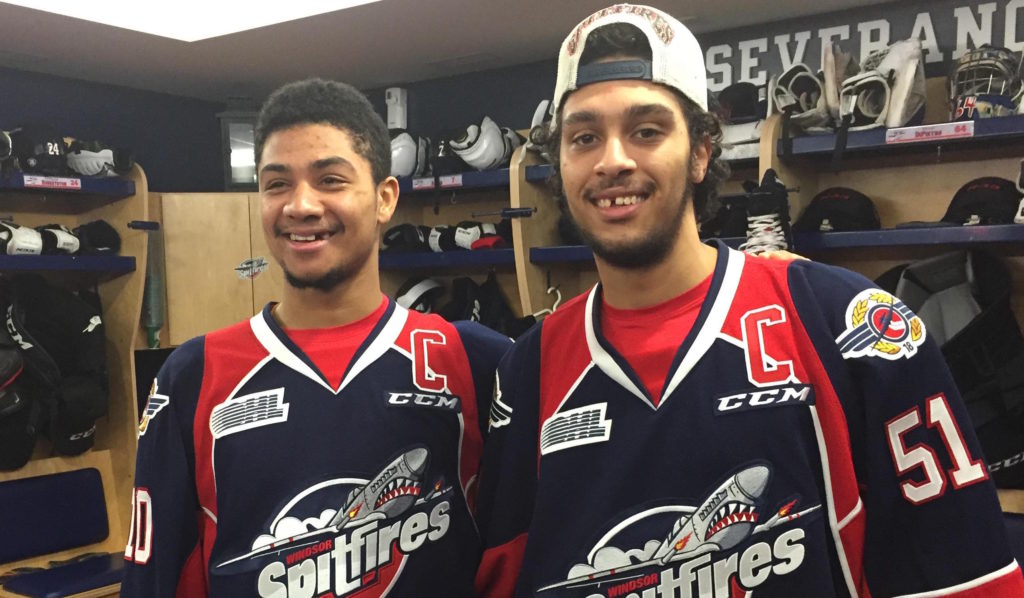 Windsor, ON – Jeremiah Addison and Jalen Chatfield have been selected as co-captains by their teammates, head coach Rocky Thompson announced earlier today.

“It’s been a process that we’ve wanted the players to evaluate for themselves since we traded Patrick Sanvido,” Thompson said. “Our players selected these guys equally. They’re two great people. They both are deserving and both represent what it takes to be a leader. It’s a good situation. I think they’ll help each other lead our team.”

Addison, 20, came to the Spitfires in a trade with the Ottawa 67s back in August. The Brampton native is tied with 2017 NHL Draft top prospect Gabe Vilardi for the team lead in goals (24) and has 17 assists, along with a plus-5 rating and 60 penalty minutes.

Chatfield, 20, joined the club as a free agent back in June of 2014. The Ypsilanti, Michigan native has suited up for 182 regular season games, over three seasons, scoring 18 goals and adding 66 assists, along with a plus-22 rating and 132 penalty minutes.

Thompson says the pair will serve as captain on a day-to-day, rotational basis.