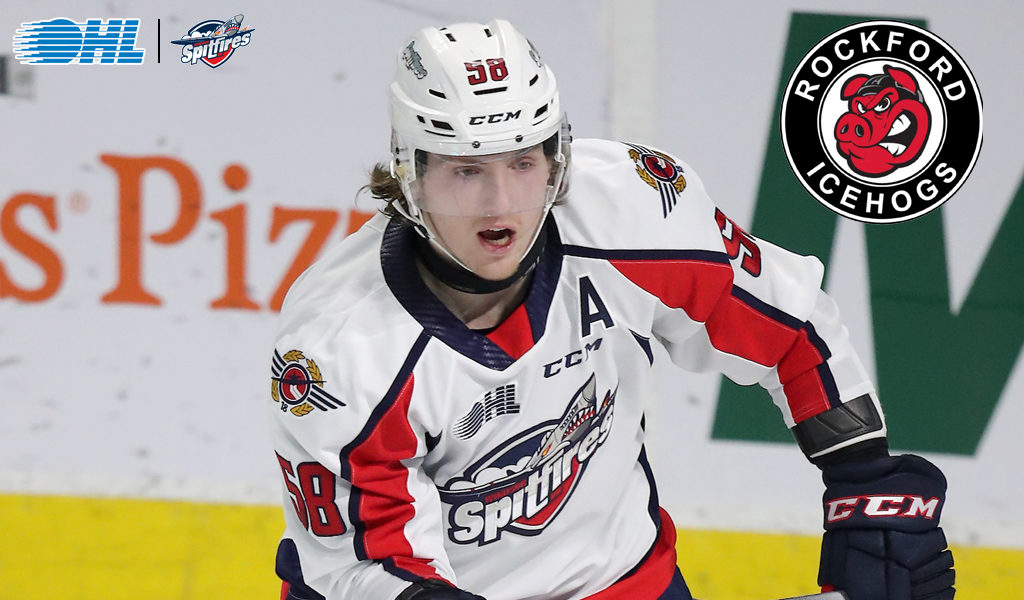 Rockford, Ill. – The Rockford IceHogs today announced that defenseman Andrew Perrott has signed a one-year American Hockey League contract with the club for the 2022-23 season.

Perrott, 20, joins the IceHogs after splitting last season with the Owen Sound Attack and Windsor Spitfires of the Ontario Hockey League (OHL) and helped the Spitfires reach the OHL Finals. Starting the year with Owen Sound, the Detroit, Mich., native recorded 23 points (1G, 22A) in 23 contests and was acquired by the Spitfires on Jan. 5. In Windsor, he added 26 points (4G, 22A) in 39 games and added 14 points (7G, 7A) in 25 postseason contests including the game-winning goal in overtime of Game 6 of the OHL West Final to force a decisive Game 7 vs. Flint and eventual series win.

His father, Nathan, skated in parts of four seasons in the NHL with Nashville, Toronto and Dallas and parts of seven seasons in the AHL including time with the Chicago Blackhawks’ affiliate in Norfolk (2000-02).