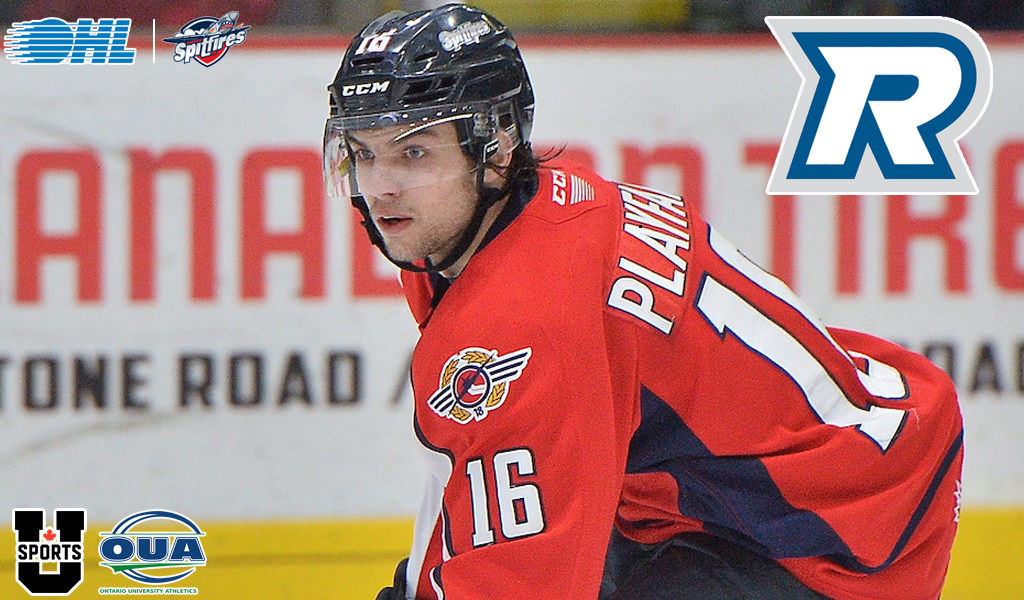 The Ryerson Rams men’s hockey program announced via Twitter (@RyersonRamsMHKY) on Thursday that Windsor Spitfires forward Chris Playfair has committed for the 2021-22 season.

While in Windsor, Playfair hoisted the Memorial Cup as a rookie in 2017 and was awarded the Peter Thomson of Sunlife Academic Achievement Award.

Playfair, who will study Business Management at Ryerson’s Ted Rogers School of Management, will join fellow recent Ryerson commits Jackson Doherty and Adrien Beraldo in the Rams lineup next fall. Ryerson skated to a 20-8 record in 2019-20, finishing second in the OUA West Division.

M🏒 | @RyersonRamsMHKY is pleased to welcome Chris Playfair as the fourth recruit for the 2021-22 season.