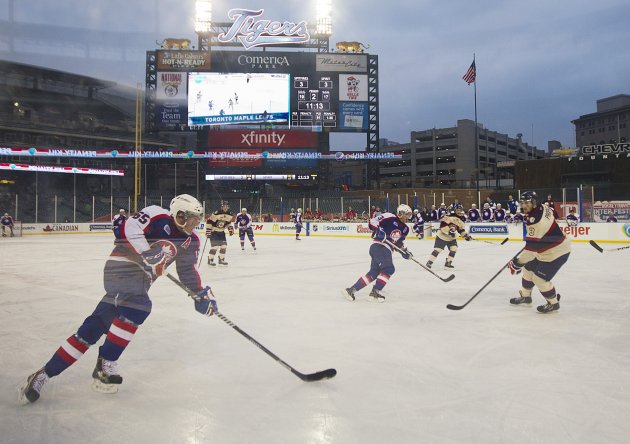 The first ever outdoor OHL regular season games were played Sunday at Comerica Park in Detroit as part of the Hockeytown Winter Festival.

In the first game the Windsor Spitfires skated to a 6-5 win over the Saginaw Spirit with first star Steven Janes scoring the game-winner shorthanded late in the third period.

“This was truly an exciting and memorable day for the Ontario Hockey League,” said OHL Commissioner David Branch.  “The skill and competition in both games was outstanding and the event was a great experience for our players.”

While the games on Sunday mark the first outdoor contests in OHL history, the last league doubleheader was played on March 5, 1961, at Maple Leaf Gardens featuring the Guelph Biltmores and the St. Michael’s Majors who played to a 4-4 tie, and the Hamilton Red Wings who defeated the Toronto Marlboros by a 4-2 score.

Click here to see photos from the OHL Outdoor Doubleheader

The Hockeytown Winter Festival continues at Comerica Park through December 31 followed by the Main Event in Ann Arbor featuring the Detroit Red Wings and the Toronto Maple Leafs.

Click here for more information about the Hockeytown Winter Festival. 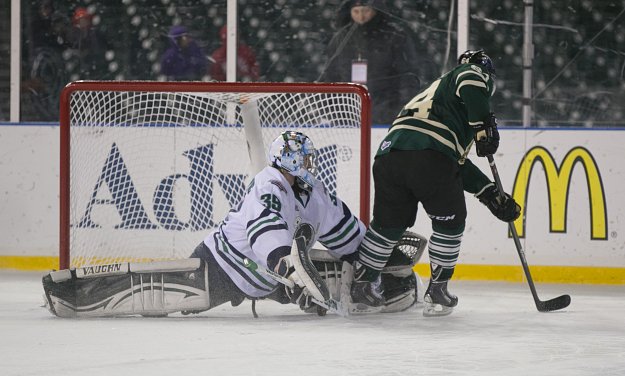