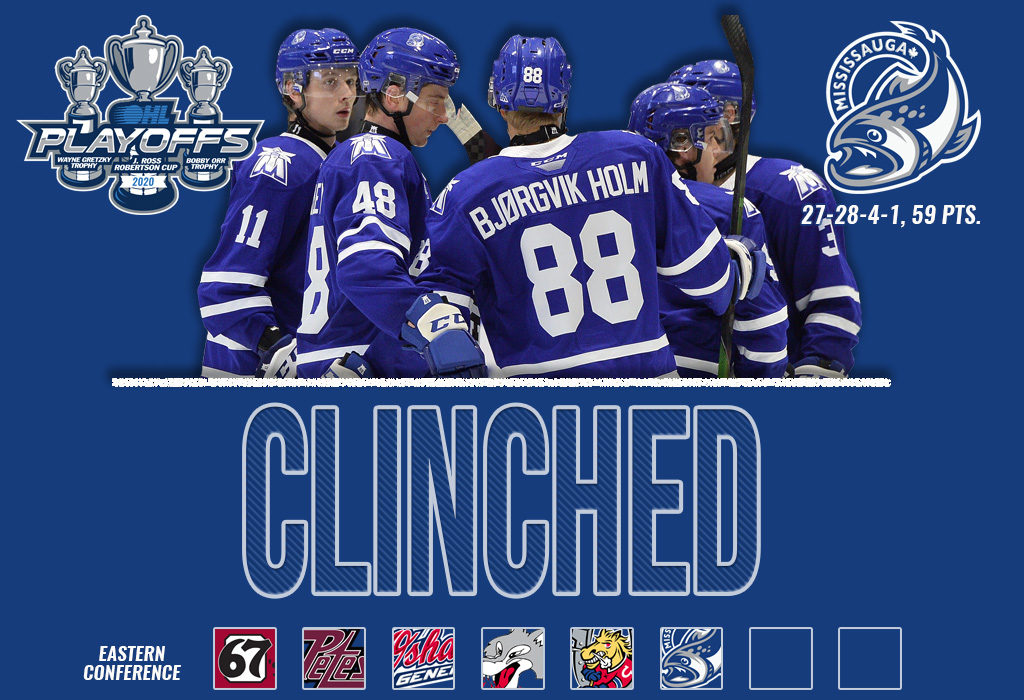 An 8-5 win over the visiting North Bay Battalion on Friday secured a playoff spot for the Mississauga Steelheads.

Third-year blueliner Duncan Penman recorded a career-high three points with two goals and an assist while Ty Collins also scored twice, helping the Fish improve to 27-28-4-1 with 59 points for sixth in the Eastern Conference.

With the win tonight the Steelheads punch their ticket to the OHL playoffs!#SteelTheShow pic.twitter.com/MJOeMRA5fm

Mississauga has hovered around the middle of the Eastern Conference throughout much of the season, sparked by leading scorer Cole Schwindt, a third round pick of the Florida Panthers last summer, as well as 2018 first round selection James Hardie who leads the club with 34 goals.

Dallas Stars first round choice Thomas Harley remains one of the League’s top defenders with 57 points (18-39–57) over 58 games while overage captain Liam Ham has also logged a lot of minutes in front of Kai Edmonds, who leads the OHL in minutes played by a goaltender with 3070.

The Steelheads are headed back to the OHL Playoffs for a fifth straight year, looking to win the first OHL Championship in franchise history. They were Eastern Conference champions in 2017 before falling in five games to the Erie Otters in the League final.