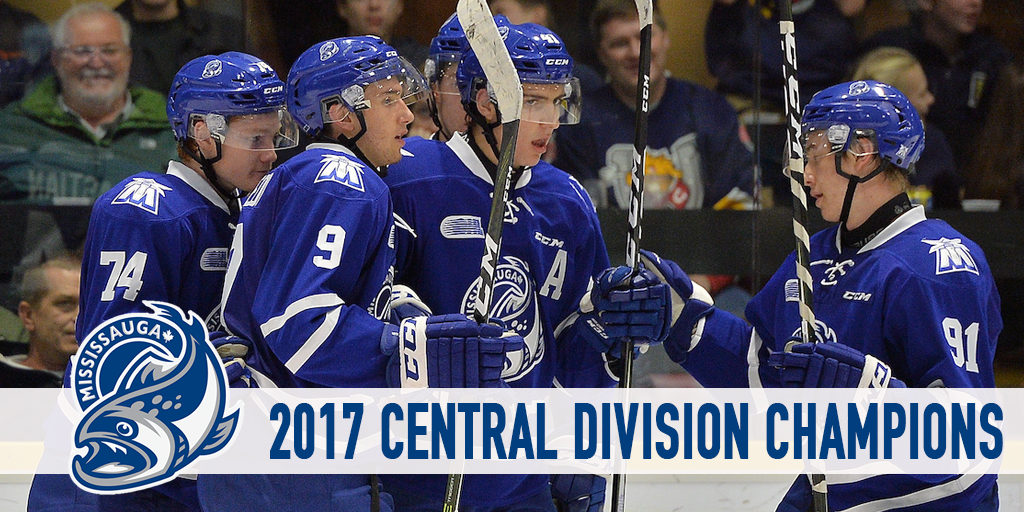 With a 4-3 shootout win in Hamilton on Saturday, the Mississauga Steelheads have secured the first Central Division title in the five-year history of the team.

With general manager James Boyd and head coach James Richmond at the helm this season, the Trout have turned around a slow start with an 18-3-2-4 record over 27 games since December 30th. Mississauga has added core pieces in Los Angeles Kings prospect Spencer Watson and veteran forwards Jacob Cascagnette and Trent Fox to their lineup over the course of the season.

In addition to Tippett and Watson up front, Steelheads captain and New Jersey Devils prospect Michael McLeod has played an integral role in the club’s offence, recently setting a Steelheads single-game record with six points (3-3–6) in a 10-1 win over Peterborough on Feb. 24th. The Mississauga native has 15 points over his past five games.

By winning the Central Division the Steelheads claim the Emms Trophy which was first presented in the 1975-76 season when the OHL was split into divisions with the expansion of the league to 12 teams. The award originated in recognition of Matt Leyden and Leighton ‘Hap’ Emms for their contributions to junior hockey in Ontario.

Winners of five straight entering play at home to Sarnia on Sunday, the Steelheads are the first team to clinch a division title in the OHL this season.