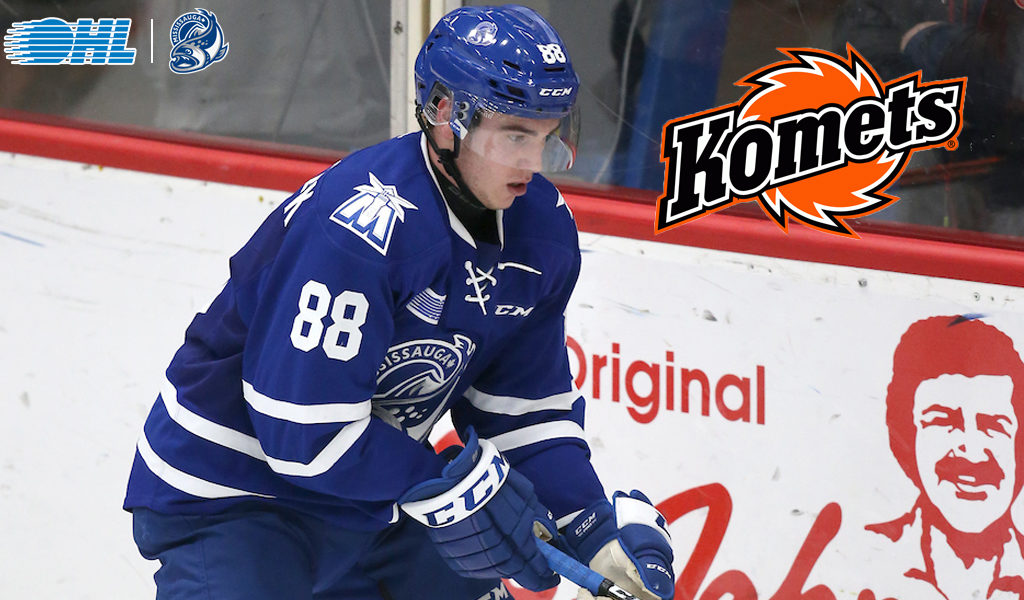 Fort Wayne, IN – The Komets announced Wednesday that they have added forward Alan Lyszczarczyk to the preseason roster, agreeing to terms for the 2019-20 season.

Lyszczarczyk, 21, completed a four-year junior career last season, splitting the year with Owen Sound and Mississauga in the Ontario Hockey League.  The forward led Mississauga with 35 goals and 71 points in 54 games to finish with OHL totals of 87 goals, 118 assists and 205 points in 251 regular season games.  Before his OHL career, Lyszczarczyk skated two complete seasons in the Czech U18 league with Prati Chomutov where he totaled 96 points in 61 games.