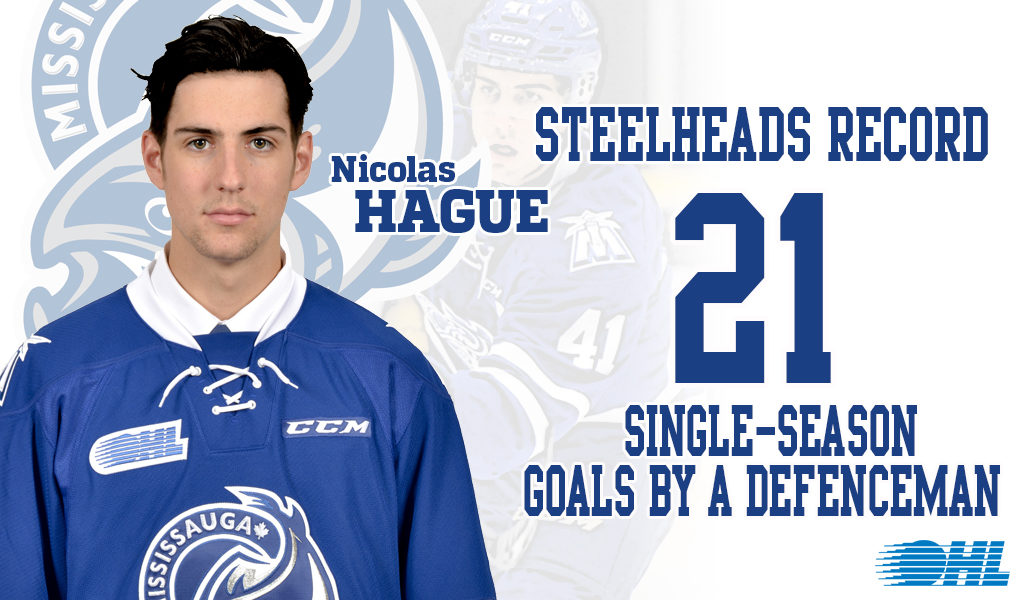 Vegas Golden Knights prospect Nicolas Hague became the Mississauga Steelheads’ new all-time leader in single-season goals by a defenceman on Friday, scoring in a 6-2 road win over the Kitchener Rangers.

The product of Kitchener, Ont. set the new franchise record in his hometown, extending his current point streak to six games while helping the Steelheads earn their third straight win.

Hague’s 21st goal of the season surpasses the formerly held record of 20 set by Brandon Devlin during the 2014-15 campaign. The mark of 21 goals by a defenceman is the most of any blueliner in the all-time history of the franchise dating back to the 1997-98 season.

With that first period goal, Nic Hague now has the most goals by a defenceman in a single Steelheads season. Congrats, @nichague14!👏👏👏 pic.twitter.com/zqEfy5m3qB

Hague’s 53 career goals also give him the most by any rearguard in all-time franchise history.

A recently-turned 19-year-old 6-foot-5, 216Ib. defender, Hague was Vegas’ second round (34th overall) pick in the 2017 NHL Draft this past summer. He currently leads OHL blueliners with 46 points including 21 goals and 25 assists in 39 games this season.

The 2016 OHL Scholastic Player of the Year, Hague was originally Mississauga’s second round (29th overall) pick in the 2014 OHL Priority Selection from the Kitchener Rangers Minor Midgets.