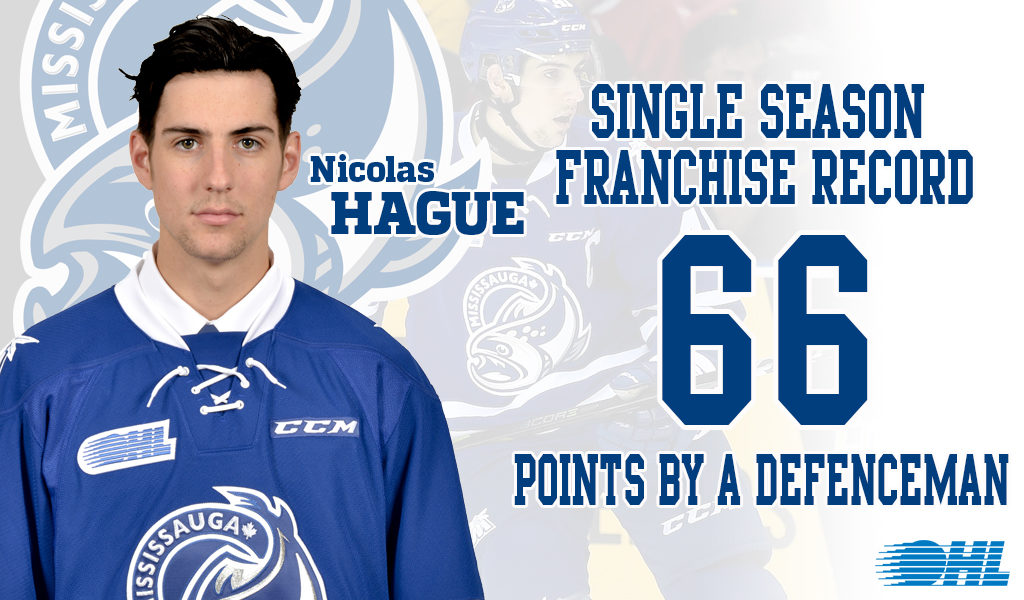 On a night where he became the first OHL defenceman since the 1999-2000 season to score 30 goals, Vegas Golden Knights prospect Nicolas Hague also set a new Mississauga Steelheads all-time franchise mark for single season points by a defenceman.

Though the Steelheads suffered a 5-4 loss in Oshawa, Hague scored and added an assist to give him 66 points on the campaign, surpassing the mark of 64 set by Cameron Gaunce of the Mississauga St. Michael’s Majors during the 2008-09 season. The 66 points are the most by a defenceman in a single season since the inauguration of the franchise in 1998.

Hague, who is also the franchise’s single season and career leader in goals by a blueliner, leads OHL defenders with 30 goals while adding 36 assists for 66 points in 59 games. His 13 power play goals are the most by any OHL defenceman.