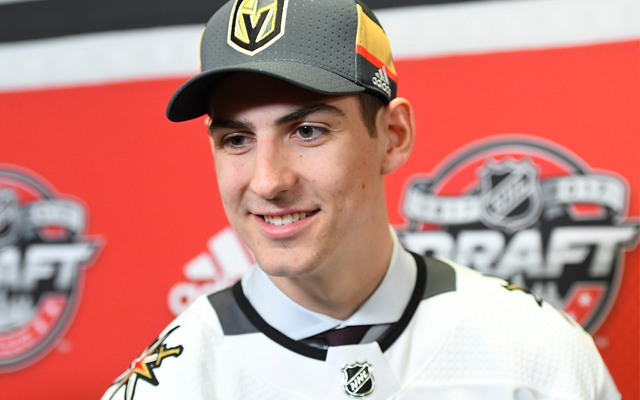 The 19-year-old native of Kitchener, Ont. recorded 18 goals, 28 assists and 46 points over 65 regular season games with the Mississauga last season. His 18 goals ranked third amongst all OHL defenceman while his 107 penalty minutes placed him fifth in the league.

The 6-foot-6 defender was the 2016 recipient of the OHL’s Bobby Smith Trophy awarded to the league’s Scholastic Player of the Year.

Hague represented Canada at the 2016 World Under-18 Hockey Championship, recording a pair of assists over seven games.

The Golden Knights drafted Hague in the second round (34th overall) of the 2017 NHL Entry Draft. He attended the club’s inaugural Training Camp this past month.