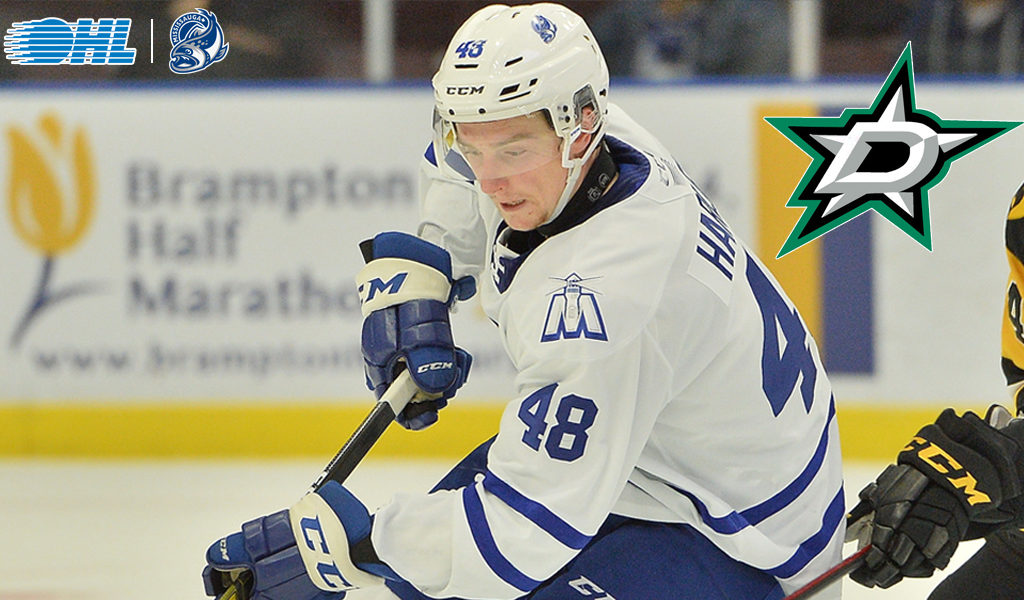 The 18-year-old saw 10 minutes and 58 seconds of ice time and registered one blocked shot in a 4-0 loss to the Colorado Avalanche.

“He deserved a shot tonight, to give him a look,” said Stars head coach Rick Bowness. “It’s a tough team to play against your first NHL game because they’re so fast and they keep coming at you. There was times where we just let him settle down and watch the game a little bit. Were we happy with his game? Yes, considering his age and his first game.”

Selected 18th overall by the Stars at the 2019 NHL Draft, the 2019-20 campaign saw Harley put forth 57 points (18-39–57) over 59 appearances in his third season with the Steelheads. He was voted to the OHL’s Second All-Star Team, recognized as the Eastern Conference’s Best Skater in the 2019-20 OHL Coaches Poll and took part in Hockey Canada’s virtual National Junior Team Summer Development Camp this summer.