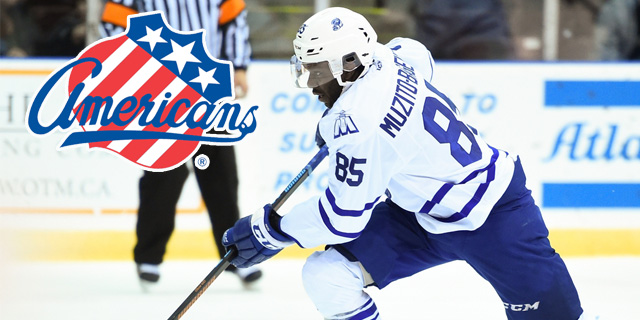 Muzito-Bagenda, 20, appeared in 63 games with the Mississauga Steelheads of the Ontario Hockey League (OHL) last season, his first in North America. The 6-foot-1, 205-pound native of Umea, Sweden, recorded 37 points (20+17) and 36 penalty minutes to rank third on his team in goals. Muzito-Bagenda added 10 points (6+4) in seven playoff contests to rank second on his team in postseason scoring.  Prior to joining Mississauga, Muzito-Bagenda recorded 35 points (10+25) in 37 games with MODO’s U20 team in Sweden during the 2014-15 season while also appearing in three professional games with MODO.