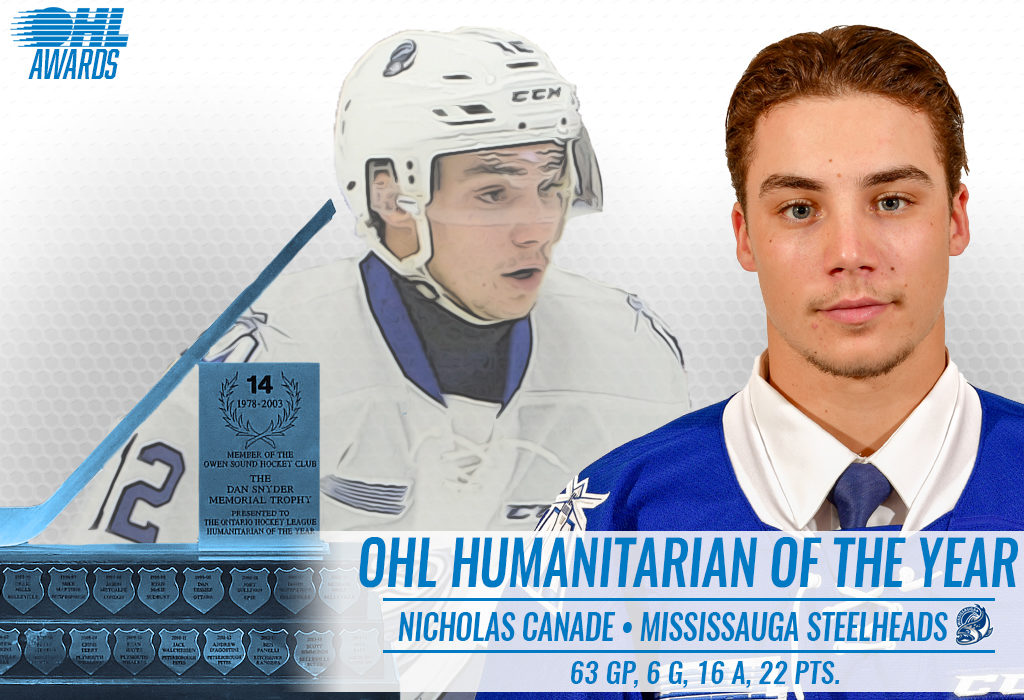 Toronto, ON – The Ontario Hockey League today announced that Nicholas Canade of the Mississauga Steelheads is the 2018-19 recipient of the Dan Snyder Memorial Trophy awarded annually to the OHL’s Humanitarian of the Year.

Canade becomes the first Steelheads player to be honoured after leading the club’s community initiatives and spearheading programs of his own.  Among his endeavours was a social media campaign in support of the team’s ‘Pink in the Rink’ Breast Cancer Awareness efforts where he was inspired to help out a teammate whose family had been affected by Breast Cancer.  Canade personally contributed $2,500 following widespread interest generated from a post on his personal Instagram account in the form of 65,000 ‘likes’.  His donation was matched by corporate support and additional contributions resulting in a total donation of $6,000 to the Canadian Cancer Society.  Read more from the Mississauga News.

“I am extremely honoured and humbled to receive the Dan Snyder Memorial Award,” Canade said. “I share this award with my family, my teammates, my coaches and the phenomenal Mississauga Steelheads organization. Without all the support from the people I mentioned above, this award would not be possible. I am a strong believer in giving back to the community that has given so much to me over the years. Lastly, I would like to thank the OHL for not only the award but also for the opportunity to play in this outstanding league. Words cannot begin to express how much this means to me. Thank you.”

With the breast cancer awareness game coming up this sunday for the steelheads, I would like to donate .25 cents for every like I receive on this post for the first 10,000 likes. All the proceeds will go to the Canadian Cancer Society. @_cwphotos

Canade’s community outreach also included leading a group of players to Credit Valley Hospital to visit sick children, plus numerous visits to local elementary schools to speak about topics of leadership, a drug-free lifestyle, the importance of education, and healthy living through sport.  He attended countless minor hockey practices serving as a guest instructor, participated in a sledge hockey game for charity, led a holiday skating event, delivered Teddy Bears collected from the team’s event to children in need, and helped with the Salvation Army kettle campaign at the mall.  Canade also showed his support for teammate Jacob Ingham’s ‘Bleed Blue’ campaign for Canadian Blood Services which generated funds and made a young fan suffering from a blood disease feel welcome during a tour of the Steelheads facility.  Canade and his family have also been active supporters of the Pinball Clemons Foundation following the club’s special ‘Pinball’ themed jersey night.

A glimpse into our special day from earlier this month, @RonMacLeanHTH and @TaraSlone, along with members from the @OHLSteelheads visited the @Trillium_Health Credit Valley Hospital to meet new friends and spread some holiday cheer. pic.twitter.com/4wtrrgkxkI

A 19-year-old from Mississauga, Ont., Canade was chosen by his hometown team in the 11th round of the 2016 OHL Priority Selection.  He’s now played two full seasons for the Steelheads and was named an alternate captain for 2018-19 and went on to produce a career-high 22 points in 63 games split between forward and defence.

“The Mississauga Steelheads Hockey Club are very proud of Nicholas Canade for whom he is as a person and as a hockey player,” said Steelheads General Manager and Head Coach James Richmond. “Today we are even more proud of him for being selected as this year’s Dan Snyder Memorial Trophy recipient! Nicholas’ tremendous character rubs off on all those that are lucky enough to be around him. Our organization would like to congratulate all of the nominees throughout the OHL and would especially like to congratulate Nicholas Canade and his family on this recognition.”

I would like to thank everyone for their overwhelming support in this initiative to fight cancer. A special thanks to @enterprise for matching my donation and to the Callaghan family for their very generous contribution.

Past recipients include Chris Terry and Ryan Hayes who represented the Plymouth Whalers with back-to-back awards in 2009 and 2010 respectively, before Jack Walchessen and Andrew D’Agostini of the Peterborough Petes won in 2011 and 2012.  Ben Fanelli (Kitchener 2013), Scott Simmonds (Belleville 2014), Nick Paul (North Bay 2015), and Will Petschenig (Saginaw 2016) are also among recent award recipients before Garrett McFadden of the Guelph Storm became the first player to be recognized twice in 2017 and 2018.

Canade will be formally presented with the Dan Snyder Memorial Trophy at the 2019 OHL Awards Ceremony which takes place on Wednesday June 5 at the Hockey Hall of Fame in Toronto.  He will also be the OHL’s nominee for Humanitarian of the Year at the annual CHL Awards presented on Saturday May 25 in Halifax at the 2019 Memorial Cup presented by Kia. 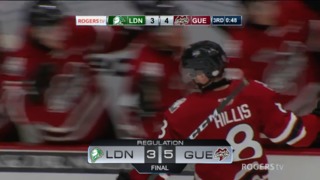 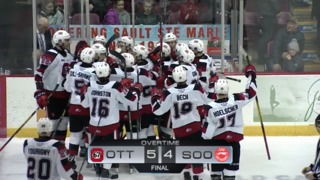