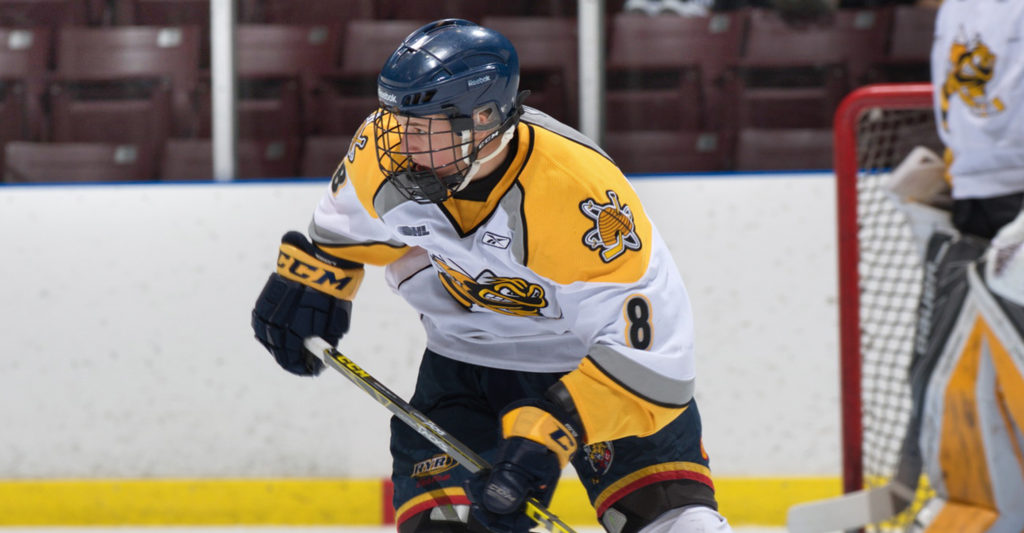 SARNIA, ON – General Manager, Nick Sinclair announced today that Braden Henderson has agreed to terms on a Standard Player Agreement and Education Package with the Sarnia Sting Hockey Club.

The Sting selected Henderson in the 6th round (117th overall) of the 2016 OHL Priority Selection. The Baxter, ON native posted 17 points, including 7 goals in 32 games as a member of the Barrie Jr. Colts back-end. The puck-moving defenseman showed his offensive upside at the 2016 OHL Cup, tallying 2 goals in four games played.

Sinclair comments on today’s announcement, “We’re very pleased to get a commitment from Braden. He’s an important young prospect in our system with a tremendous skill set and mind for the game. We’re going to continue working with him as he develops and matures physically; and believe that he can become a key contributor for our hockey club down the road.”

Henderson is expected to skate in tonight’s exhibition game against the Windsor Spitfires. The Sting travel to Windsor tonight and then return for game two of the home-and-home on Saturday at the Progressive Auto Sales Arena.