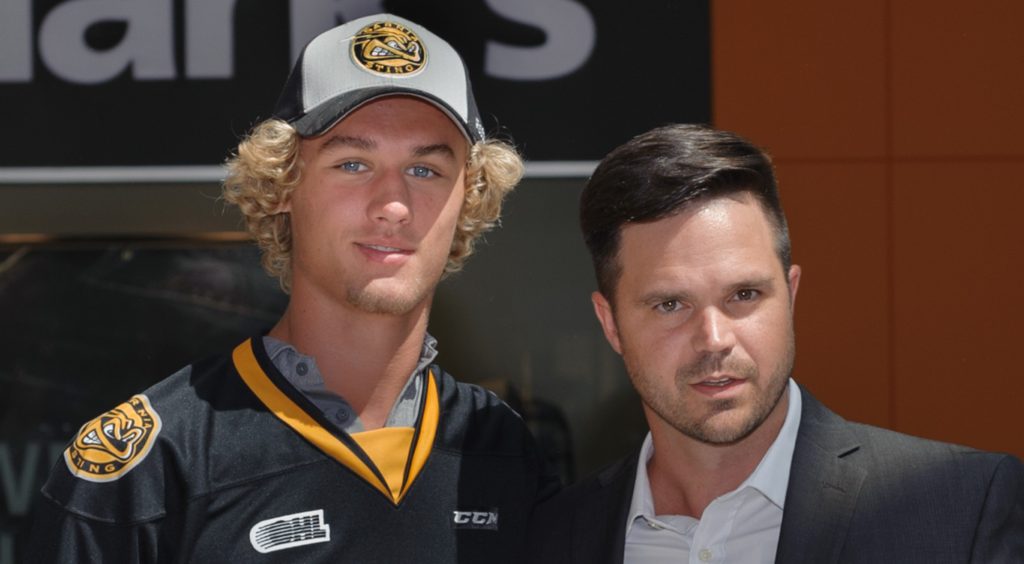 SARNIA, ON – At a Press Conference earlier today, Sarnia Sting General Manager, Nick Sinclair announced that the club’s fourth round pick in the 2015 OHL Priority Selection, Kelton Hatcher, has agreed to a Standard Player Agreement and Education Package.

The 99-born defenceman spent the 2015/16 campaign with the Honeybaked U18 Program. “Kelton has made huge strides over the last year,” adds Sinclair. “He has worked hard, both on and off the ice, and certainly earned the opportunity to be with the club this season. As a staff, we’re really excited about being able to bring one of our top defence prospects into the fold and look forward to working with Kelton on his development. We believe that he will be a big part of our back-end for the next 3 or 4 years.”

Welcomed some new faces to the #StingFam this afternoon ? pic.twitter.com/7kHbNHDl9s

Hatcher, along with the other four new players introduced today, will take the ice as members of the Sarnia Sting for the first time on Monday morning for Training Camp. Complete camp details here.