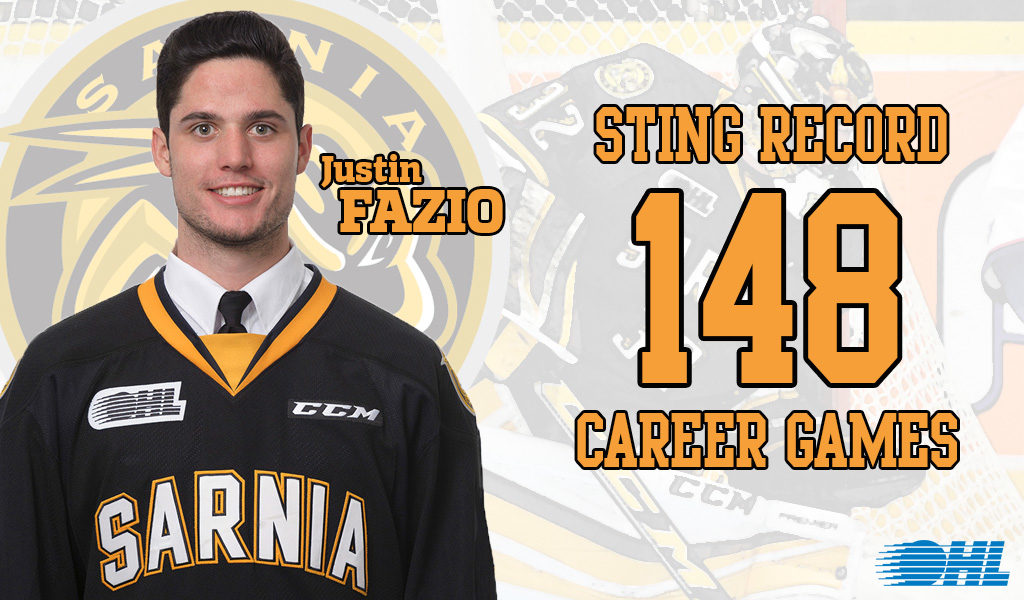 After becoming the Sarnia Sting franchise wins leader earlier this season, overage veteran Justin Fazio has another entry in the club record books.

Fazio made 27 saves on Wednesday night in Sault Ste. Marie as the Sting fell by a score of 6-3 to the CHL’s top-ranked Greyhounds.

Join us in congratulating @JustinFazio97, the Sting’s new all-time leader in games played by a goaltender! That’s 148 games between the pipes and counting! Way to go, Justin!#SwarmWithUs pic.twitter.com/QtX386ipEV

Suiting up in his 148th career regular season contest, the 20-year-old Sarnia product passed Robert Gherson (2000-04) for the most games played by a goaltender in Sting franchise history.

His OHL career includes a 73-54-9-3 record with a 3.35 goals-against average and an .897 save percentage along with five shutouts.