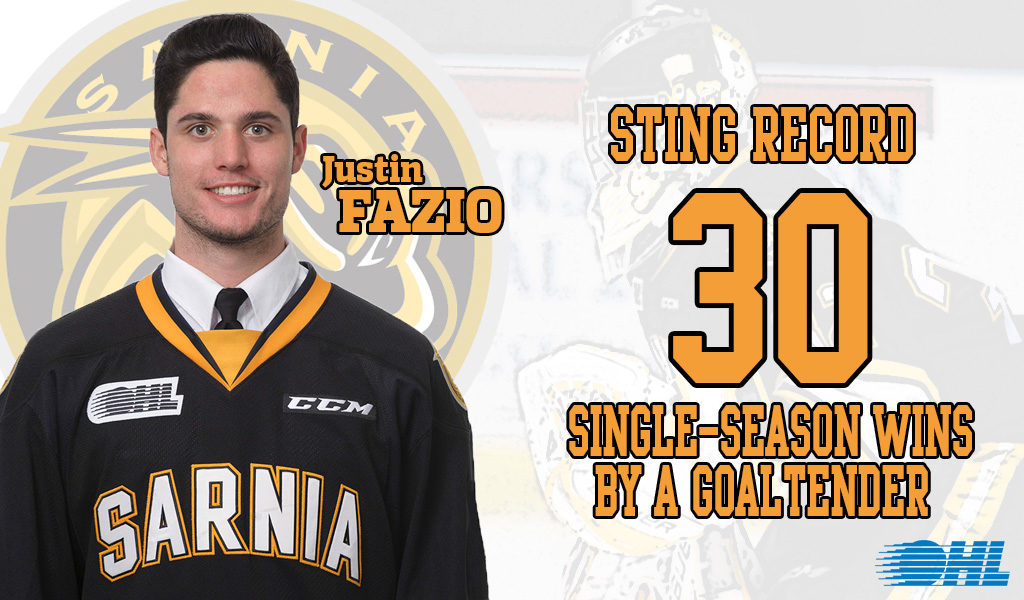 With his 30th win of the season on Saturday, Sarnia Sting netminder Justin Fazio set a new franchise mark for most single-season victories by a goaltender.

Fazio turned aside 37 shots to backstop the Sting to a 5-4 overtime win over the visiting Niagara IceDogs at Progressive Auto Sales Arena. His 30th wins surpasses the previous mark of 29 set by Dan Spence during the 2008-09 season.

With tonight’s victory, @JustinFazio97 has set the new franchise record of 30 goaltender wins in a single season!

Join us in congratulating Justin on this incredible achievement!#SwarmWithUs pic.twitter.com/oZHbGUpk2f

Fazio has set a pair of other Sting goaltending records this season, becoming the franchise’s career wins leader back in October before also taking over the franchise lead in games played by a goaltender in December.