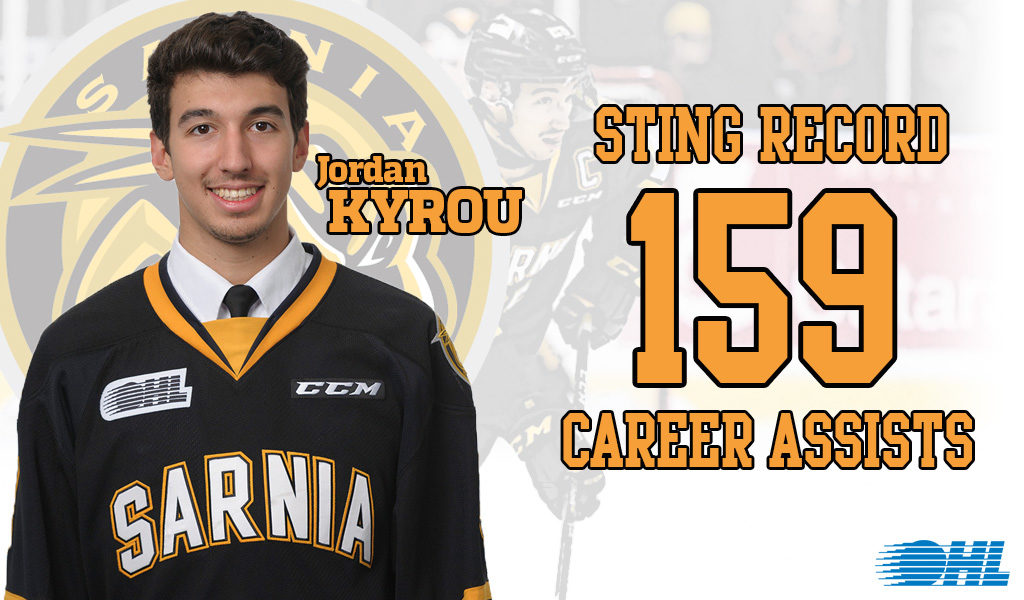 Much like the Erie Otters a year ago, the Sarnia Sting are doing an overhaul of their franchise record books this season.

Kyrou had a goal and two helpers in a 7-4 win over the visiting Otters as the Sting improved to 23-6-2-0. His second assist of the night on a goal by Adam Ruzicka was the 159th of his OHL career, putting him past former club record-holder Kris Newbury (1999-2003) who had 158 over 221 games in a Sting uniform.

A two-time OHL Player of the Month recipient already this season, Kyrou leads the league in scoring with 57 points including 19 goals and 38 assists in 29 games. He represented the OHL in the 2017 CIBC Canada Russia Series this past month and recently received an invitation to Hockey Canada’s National Junior Team Selection Camp set to get underway next week in St. Catharines, Ont.

A 19-year-old from Toronto, Ont., Kyrou was Sarnia’s second round (38th overall) pick in the 2014 OHL Priority Selection. The St. Louis Blues selected him in the second round (35th overall) of the 2016 NHL Draft.