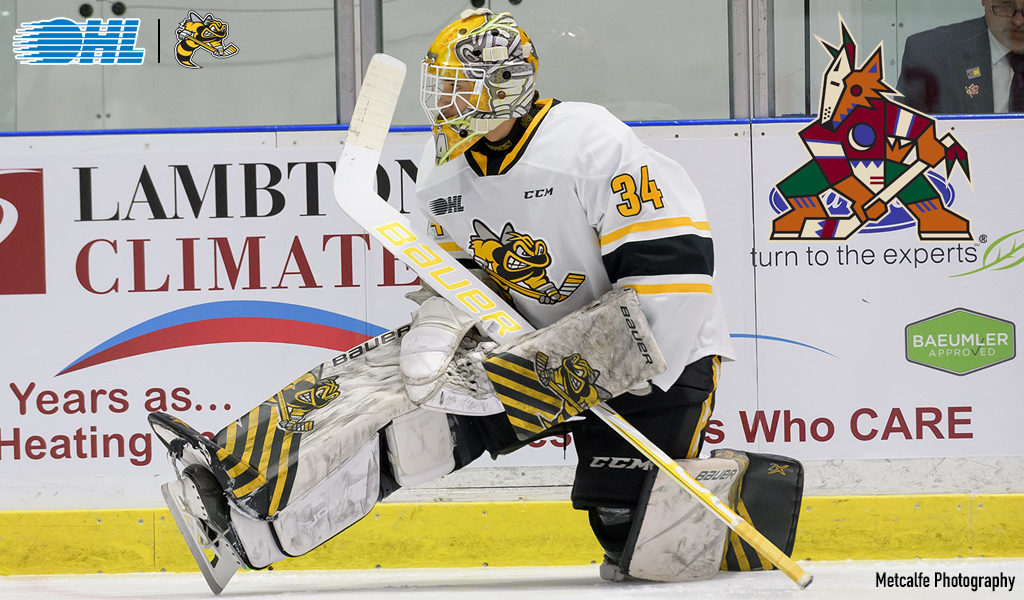 GLENDALE, ARIZONA – Arizona Coyotes General Manager Bill Armstrong announced today that the Coyotes have signed goaltender Anson Thornton to a three-year entry-level contract. As per club policy, terms of the contract were not disclosed.

“We are very pleased to sign Anson,” said Armstrong. “He is a big, athletic goaltender who displayed tremendous poise and calmness in net for us during camp. We look forward to watching him continue to develop.”

The 18-year-old Thornton is in his first season with the Sarnia Sting of the Ontario Hockey League (OHL).

After an impressing week at training camp, the @ArizonaCoyotes have signed Anson Thornton to an entry-level contract.

The Maple, Ont., native attended the Coyotes’ 2021 training camp on an amateur tryout agreement. He appeared in one preseason game with Arizona and stopped all 17 shots faced to earn the win against the Los Angeles Kings on Sept. 27.

The 6-foot-4, 180-pound goaltender signed an OHL standard player agreement with Sarnia on Aug. 15, 2020 after he was selected third overall in the 2020 Under 18 Priority Selection.

Thornton previously played for the Toronto Titans Midget AAA program. He also won GTHL and OHL Cup Championships in 2019 with the Don Mills Flyers. Thornton posted a 1.21 GAA and a .909 SV% in four OHL tournament games.