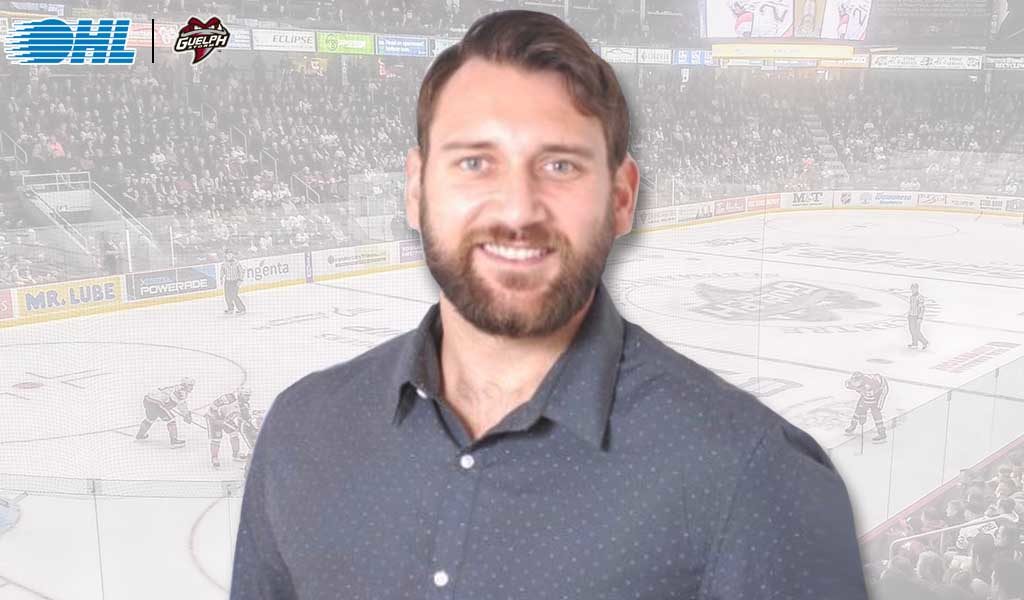 Guelph, ON – General Manager and Head Coach George Burnett announced Thursday that the club has finalized its coaching staff for the 2019-20 season.

Ken Peroff has been named Assistant Coach, joining the team after two seasons as head coach of the Hamilton Kilty B’s franchise in the GOJHL.

“We are very excited to add Ken to our coaching staff,” said Burnett.  “Ken has been a successful player in our league, continues to have great knowledge of the OHL, and brings a very strong coaching resume.  He’s been recognized by his peers for his excellence in the GOJHL and has shown success in developing young players.”

In 2018-19, Peroff steered the Kilty B’s to a 35-12-1-0 record, despite having a very young club in the GOJHL’s competitive Golden Horseshoe conference.   In 2017-18, the team posted a record of 38-10-1-1 while still known as the Ancaster Avalanche.  Following both seasons, Peroff was named Coach of the Year in the Golden Horseshoe Conference.

”I’m very thankful to George and the entire Storm organization for welcoming me to the coaching staff,” said Peroff.  “I’m proud to already call the city of Guelph my home and I look forward to contributing to the success of the team both on the ice and in the community.”

As a player, Peroff spent four seasons on the blue line for the Brampton Battalion, suiting up in 240 regular season games and compiling 75 points (15 goals, 60 assists).  In 2008-09, Peroff and the Battalion (including former Storm goaltender Thomas McCollum) captured the Bobby Orr trophy as Eastern Conference Champions.

Following his OHL career, Peroff attended the University of Guelph and played four seasons of U SPORTS hockey with the Gryphons.  While with the Gryphons, he was twice recognized as an OUA West First-Team All-Star, and  in 2013-14 was named the OUA West Defenseman of the year.

Peroff will begin working with the team immediately in preparation for 2019 Training Camp and the 2019-20 OHL season.

Burnett  announced that Chad Wiseman will be returning to the team with the new title of Associate Coach.   Wiseman joined the team as Assistant Coach prior to the 2018-19 season and helped steer the club to its fourth OHL Championship title, as well as an appearance at the 2019 Memorial Cup presented by Kia.

“I am looking forward to continuing my development with the Storm alongside this coaching staff and in this community,” said Wiseman.  “It is an exciting challenge to be able to help our young players reach their full potential.”

Ryan Daniels will also be returning to the coaching staff and enters his second season as the club’s goaltending coach.   He joined the Storm prior to the 2018-19 campaign and was part of the club’s run to the OHL Championship.  Before his role with the Storm, he worked as a goaltending coach and video analyst with the Mississauga Steelheads, helping the team reach the OHL Championship series in 2016-17.

“We are very pleased to have Chad and Ryan return to our club.  With the addition of Ken, we feel our coaching staff is an organizational strength and we are excited to get to work and continue preparation for the 2019-20 season.”